Welcome to another wrap up. I read nineteen books this month, which is my best month yet. I read some great books and took part in two great readalongs with Tandem Collective UK and other bookstagrammers. The first was for All My Lies Are True, the sequel to The Ice Cream Girls. This took a different format and I particularly enjoyed having it start with the author reading the beginning of the book. The second was for A Court of Mist and Fury, the second book in the Court of Thorns and Roses series. I am now totally hooked on this series and am counting down to August’s readalong of book three.

So here is what I read in July: 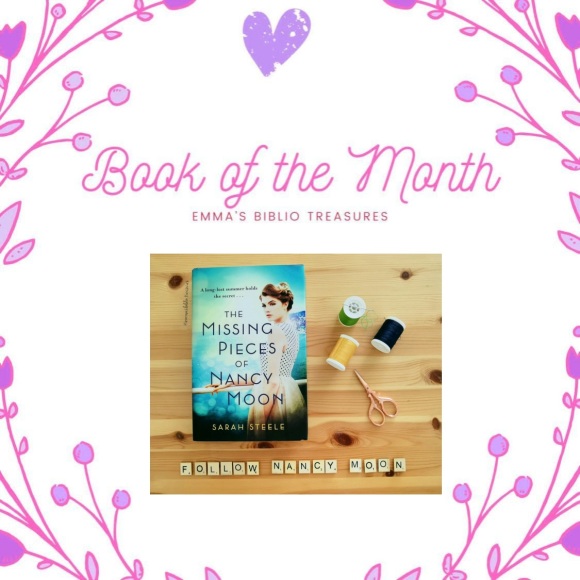 I had been trying to decide if my favourite book this month was All My Lies Are True or The Resident when The Missing Pieces of Nancy Moon swooped in at the final hour and claimed the title. I highly recommend all three books, particularly Nancy Moon.

Thank you to the tagged publishers for my gifted copies of the books.

What did you read in July? Did we read any of the same books?

Welcome to my stop on the tour for this poignant novel. Thank you to Anne at Random Things Tour for the invitation to take part, and Headline for the gifted copy.

Inspired by heartrending true events in a home for unwed mothers, set in Ireland, Boston and London, this novel is perfect for readers of Jill Childs, Emily Gunnis and Kathryn Hughes.

For almost fifty years, Katie Carroll has kept a box tucked away inside her wardrobe. It dates from her time working as a nurse in a west of Ireland home for unwed mothers in the 1970s. The box contains a notebook holding the details of the babies and young women she met there. It also holds many of the babies’ identity bracelets.

Following the death of her husband, Katie makes a decision. The information she possesses could help reunite adopted people with their birth mothers, and she decides to post a message on an internet forum. Soon the replies are rolling in, and Katie finds herself returning many of the bracelets to their original owners. She encounters success and failure, heartbreak and joy. But is she prepared for old secrets to be uncovered in her own life?

“For the first time, she was seeing how the sins of the past reverberated around them. She’d realised that the story wasn’t confined to black-and-white film and bleached-out Polaroids. The women weren’t exhibits in a museum.”

Moving, powerful, compelling, and utterly heartbreaking, The Paper Bracelet is a fictional novel based around the infamous unwed mother and baby homes and forced adoptions that took place in Ireland in our not too distant history.

Told in dual timelines from multiple points of view, we follow Katie, a former nurse at Carrigbrack, a home for unwed mothers in west Ireland, as she tries to reunite babies born during her time at the hospital with their paper identity bracelets, which she has kept secretly in a box for nearly fifty years, and twenty-year-old Patricia, an unmarried, pregnant woman who is taken to Carrigbrack under a cloud of shame. But there is more to Katie’s story of her time at the home than she’s admitting. Is she ready for her own secrets to be revealed?

What an emotional read. This is certainly one of those books where you need a pack of tissues close to hand whilst reading. I have obviously heard of the homes for unwed mothers in Ireland and some of the horrors that took place there, but it isn’t a subject I’d read a lot about. Rachael English has clearly done a lot of research, and her wealth of knowledge, along with richly drawn and believable characters, made the novel feel so authentic it was like I was reading Katie and Patricia’s memoirs, rather than a work of fiction. This was my first read by the author and I will be buying her previous books after falling in love with her wonderful storytelling.

While the whole novel is moving, it was the flashbacks to Patricia’s time at Carrigbrack and the stories of what happened to the young women forced to live in the homes, that touched me most of all. Patricia is a twenty-year-old woman studying to be a nurse when she falls pregnant. Knowing that if this had happened just a decade or two later, she would have not been sent to a home and been allowed to make her own choice about whether or not she kept her child was devastating. The lack of autonomy she had, even as a grown woman, was unimaginable to those of us living in the UK in 2020. While there is nothing graphic, it was still difficult, and eye-opening, to read about the bleak, cruel life they were forced to live at the home and the appalling way in which they were treated. I don’t want to say more about the storyline or characters as I don’t want to ruin the book for those yet to read it.

The Paper Bracelet is a  poignant, affecting and beautifully written novel. There are still many people living today that are living with the repercussions of the events depicted and it is vital we remember them and what they were subjected to.

Rachael English is a presenter on Ireland’s most popular radio programme, Morning Ireland. She lives in Dublin, but was born in England and grew up in County Clare on Ireland’s west coast. Her first novel, GOING BACK, was shortlisted for the most-promising newcomer award at the 2013 Bord Gáis Irish Book Awards.