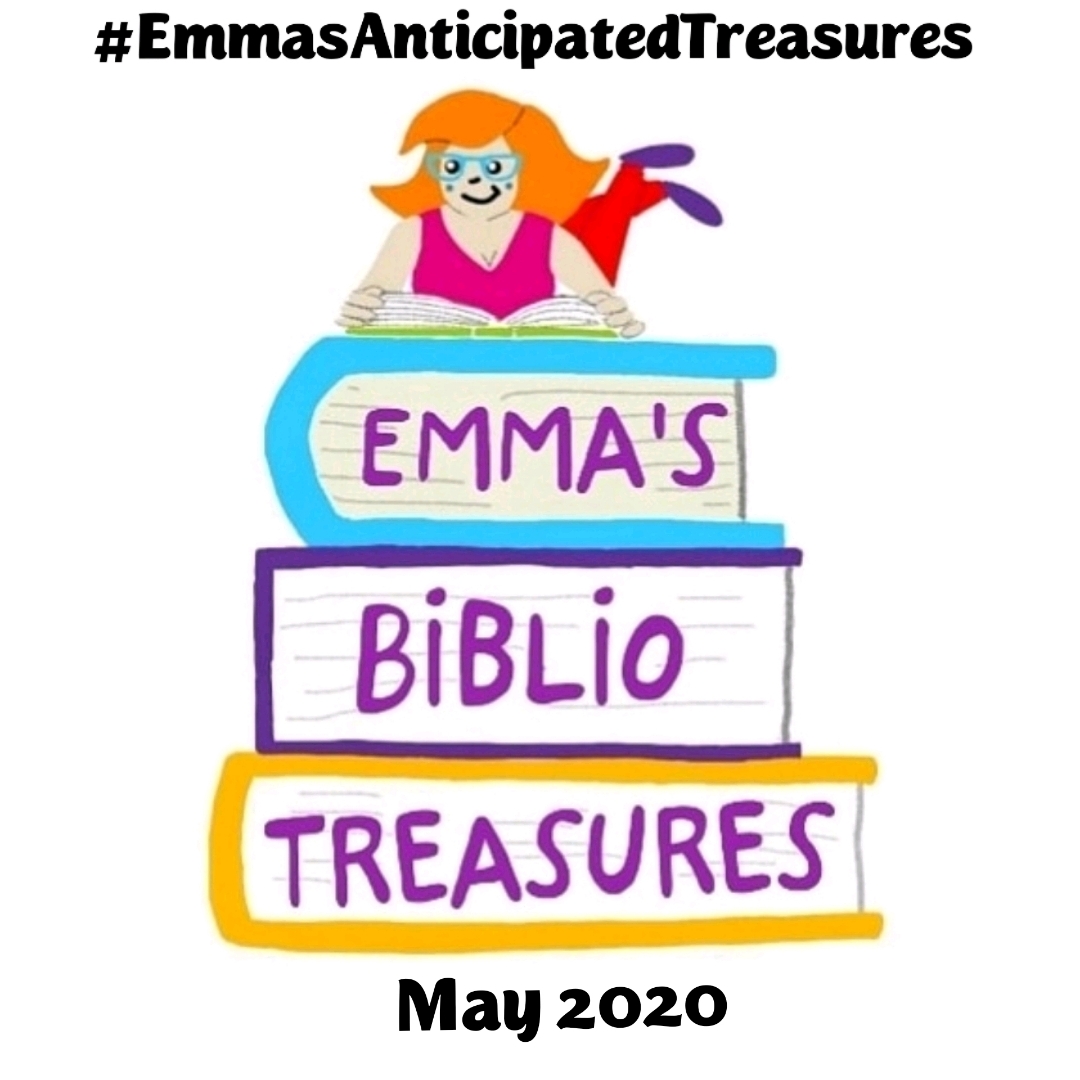 Another month, more books I’m excited to read. There are eleven books in this month’s list and, as always, it was hard to narrow it down. Is it just me or are there increasing amounts of great books out there to read?

So, here is what I’m most excited to read in May: 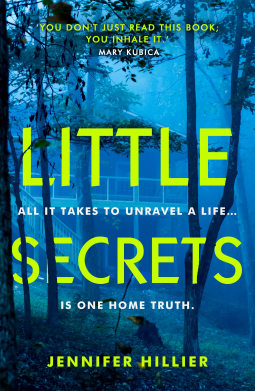 I became and instant fan of Jennifer Hillier when I read Jar of Hearts last year. Her latest book’s synopsis has me really excited and I’ve been counting down to it for months.

SYNOPSIS:
All it takes to unravel a life… is one home truth.

Marin used to have it all. Married to the love of her life, she owns a chain of upscale hair salons, and Derek runs his own company. They’re admired in their community and are a loving family – until their world falls apart the day their son Sebastian is taken.

A year later, Marin is a shadow of herself. The FBI search has gone cold. The publicity has faded. She and her husband rarely speak. With her sanity ebbing, Marin hires a private investigator to pick up where the police left off.

But instead of finding Sebastian, she learns that Derek is having an affair with a much younger woman. This discovery sparks Marin back to life. She’s lost her son; she’s not about to lose her husband. Derek’s mistress is an enemy with a face, which means this is a problem Marin can fix. Permanently. 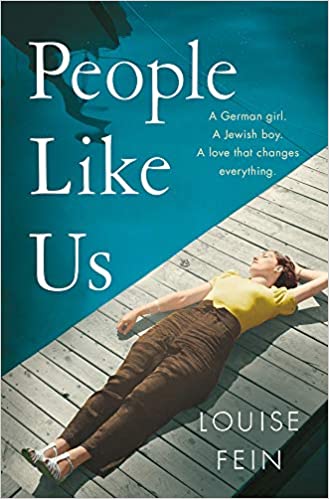 This debut novel has been all over bookstagram and book twitter. I’m a big fan of novels set in the WW2 era and this sounds like a beautiful story.

SYNOPSIS:
‘I nearly drowned and Walter rescued me. That changes everything.’

Hetty Heinrich is a perfect German child. Her father is an SS officer, her brother in the Luftwaffe, herself a member of the BDM. She believes resolutely in her country, and the man who runs it.

Until Walter changes everything. Blond-haired, blue-eyed, perfect in every way Walter. The boy who saved her life. A Jew.

Anti-semitism is growing by the day, and neighbours, friends and family members are turning on one another. As Hetty falls deeper in love with a man who is against all she has been taught, she begins to fight against her country, her family and herself. Hetty will risk have to risk everything to save Walter, even if it means sacrificing herself… 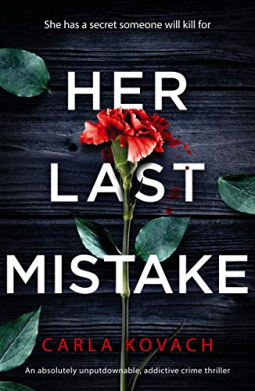 The Detective Gina Harte series is one of my favourite crime series. The books are always gripping and well written and I would recommend them to anyone looking for a good series to read. So it goes without saying that the latest installment is on my most anticipated list.

SYNOPSIS:
Dressed in a sage green bridesmaid dress, and smiling for pictures, Holly is the happiest she’s ever been. Hours later, Holly is dead.

People love to hate Holly Long. Smart, beautiful and a woman who men find it hard to say no to, she’s the town’s most gossiped about resident.

Now Holly’s body lies in her hotel room, strangled at her best friend’s wedding party. And the gossip has stopped, because nobody wants to look like they did it.

When police search Holly’s immaculate apartment, amongst her stylish furnishings and expensive jewellery, they discover a different side to Holly. Orderly and precise, she wasn’t the chaotic party girl everyone thought her to be. In fact, Holly was a planner, and her next plan was to come out and tell her biggest secret – something she had been hiding for months, something that had the potential to ruin the lives of more than one wedding guest.

There are plenty of people who might have wanted to kill Holly, but only one who has finally made good on their promise.

An unputdownable crime thriller with an ending you will never see coming, this is the latest gripping novel from bestselling author Carla Kovach. 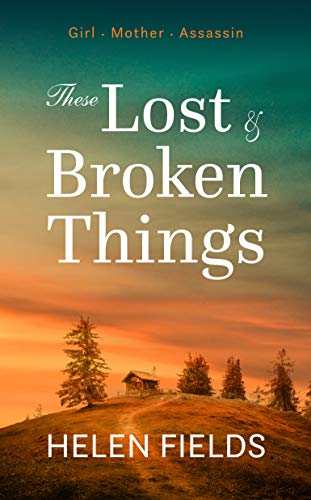 I am a huge fan of Helen Fields’ DI Callanach crime series and enjoyed her standalone novel, Degrees of Guilt, last year. As I just mentioned, I love historical fiction, so I am very excited to read one of my favourite authors’ first foray into one of my favourite genres.

How dangerous is a woman with nothing left to lose?

The year is 1905. London is a playground for the rich and a death trap for the poor. When Sofia Logan’s husband dies unexpectedly, leaving her penniless with two young children, she knows she will do anything to keep them from the workhouse. But can she bring herself to murder? Even if she has done it before…

Emmet Vinsant, wealthy industrialist, offers Sofia a job in one of his gaming houses. He knows more about Sofia’s past than he has revealed. Brought up as part of a travelling fair, she’s an expert at counting cards and spotting cheats, and Vinsant puts her talents to good use. His demands on her grow until she finds herself with blood on her hands.

Set against the backdrop of the Suffragette protests, with industry changing the face of the city but disease still rampant, and poverty the greatest threat of all, every decision you make is life or death. Either yours or someone else’s. 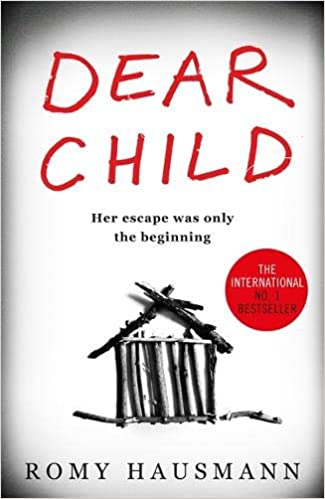 I was fortunate enough to read a sampler of this book last summer and have been eagerly waiting to read the full book every since. I do have an ARC on my shelf so I’m hoping to get to it before publication day.

SYNOPSIS:
A windowless shack in the woods. Lena’s life and that of her two children follows the rules set by their captor, the father: meals, bathroom visits, study time are strictly scheduled and meticulously observed. He protects his family from the dangers lurking in the outside world and makes sure that his children will always have a mother to look after them.

One day Lena manages to flee – but the nightmare continues. It seems as if her tormentor wants to get back what belongs to him. And then there is the question whether she really is the woman called ‘Lena’, who disappeared without a trace over thirteen years ago. The police and Lena’s family are all desperately trying to piece together a puzzle that doesn’t quite seem to fit. 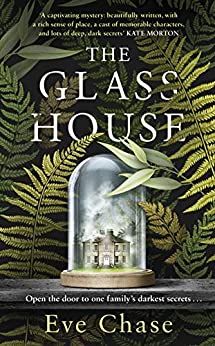 As soon as I saw the gorgeous cover and read the eerie synopsis I knew this was a book that would be on this list. I’m excited to be taking part in the blog tour for book. My review will be posted on May 30th

SYNOPSIS:
Outside a remote manor house in an idyllic wood, a baby girl is found.

The Harrington family takes her in and disbelief quickly turns to joy. They’re grieving a terrible tragedy of their own and the beautiful baby fills them with hope, lighting up the house’s dark, dusty corners.

Desperate not to lose her to the authorities, they keep her secret, suspended in a blissful summer world where normal rules of behaviour – and the law – don’t seem to apply.

But within days a body will lie dead in the grounds.

And their dreams of a perfect family will shatter like glass.

Years later, the truth will need to be put back together again, piece by piece . . . 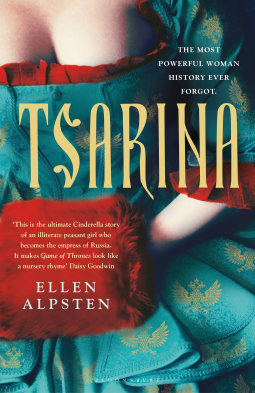 I’ve been fascinated with the Tsars ever since studying the end of their reign at A Level and I have discovered that I love historical fiction based on real people, so I was immediately drawn to this novel. I’m also taking part in the blog tour fort this one and my review will be posted on May 21st.

SYNOPSIS:
Spring 1699: Illegitimate, destitute and strikingly beautiful, Marta has survived the brutal Russian winter in her remote Baltic village. Sold by her family into household labour at the age of fifteen, Marta survives by committing a crime that will force her to go on the run.

A world away, Russia’s young ruler, Tsar Peter I, passionate and iron-willed, has a vision for transforming the traditionalist Tsardom of Russia into a modern, Western empire. Countless lives will be lost in the process.

Falling prey to the Great Northern War, Marta cheats death at every turn, finding work as a washerwoman at a battle camp. One night at a celebration, she encounters Peter the Great. Relying on her wits and her formidable courage, and fuelled by ambition, desire and the sheer will to live, Marta will become Catherine I of Russia. But her rise to the top is ridden with peril; how long will she survive the machinations of Peter’s court, and more importantly, Peter himself? 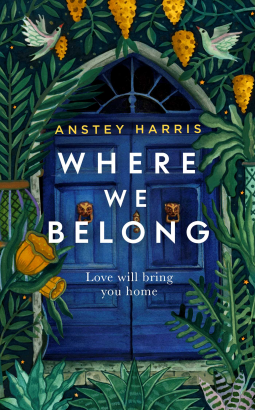 This is another one I keep seeing on book twitter and it’s had me counting down to publication.

SYNOPSIS:
One summer.
One house.
One family learning to love again.

Cate Morris and her son, Leo, are homeless, adrift. They’ve packed up the boxes from their London home, said goodbye to friends and colleagues, and now they are on their way to ‘Hatters Museum of the Wide Wide World – to stay just for the summer. Cate doesn’t want to be there, in Richard’s family home without Richard to guide her any more. And she knows for sure that Araminta, the retainer of the collection of dusty objects and stuffed animals, has taken against them. But they have nowhere else to go. They have to make the best of it.

But Richard hasn’t told Cate the truth about his family’s history. And something about the house starts to work its way under her skin.
Can she really walk away, once she knows the truth? 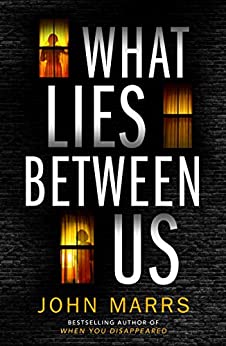 John Marrs is one of my favourite male authors and any book of his is eagerly anticipated and an auto buy for me.

SYNOPSIS:
Nina can never forgive Maggie for what she did. And she can never let her leave.

They say every house has its secrets, and the house that Maggie and Nina have shared for so long is no different. Except that these secrets are not buried in the past.

Every other night, Maggie and Nina have dinner together. When they are finished, Nina helps Maggie back to her room in the attic, and into the heavy chain that keeps her there. Because Maggie has done things to Nina that can’t ever be forgiven, and now she is paying the price.

But there are many things about the past that Nina doesn’t know, and Maggie is going to keep it that way—even if it kills her.

Because in this house, the truth is more dangerous than lies. 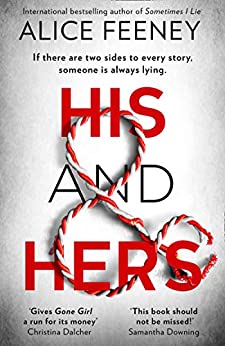 His & Hers by Alice Feeney
Published: May 28th, 2020
Publisher: HQ
Genre: Psychological Thriller

I loved I Know Who You Are when it was released last year so I’ve been counting down to this author’s next novel ever since it was announced. I’ll be taking part in the blogger day on publication day for this book.

SYNOPSIS:
If there are two sides to every story, someone is always lying…

When a woman is murdered in Blackdown village, newsreader Anna Andrews is reluctant to cover the case. Anna’s ex-husband, DCI Jack Harper, is suspicious of her involvement, until he becomes a suspect in his own murder investigation.

Someone is lying, and some secrets are worth killing to keep. 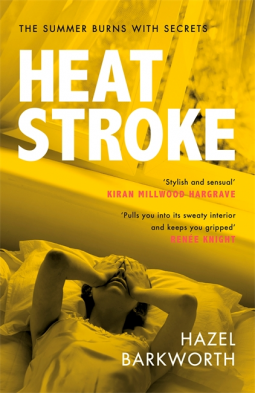 I’ve been desperate to get my hands on this book ever since seeing people receiving ARCs last year. Everything about it screams ‘read me’ and I’ve heard nothing but great reviews.

SYNOPSIS:
The summer burns with secrets…

It is too hot to sleep. To work. To be questioned time and again by the police.

At the beginning of a stifling, sultry summer, everything shifts irrevocably when Lily doesn’t come home one afternoon.

Intoxicating and compulsive, Heatstroke is a darkly gripping, thought-provoking novel of crossed boundaries, power and betrayal, that plays with expectations at every turn.