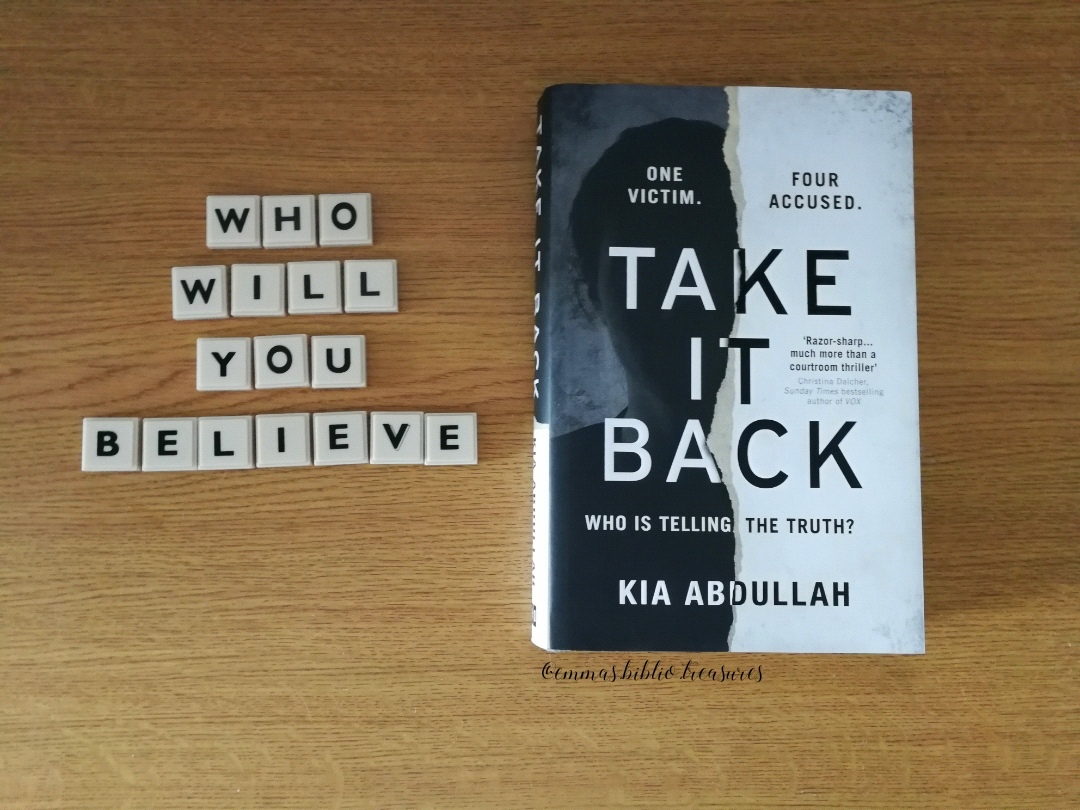 Today is my stop on the blog tour for this spectacular debut novel. Thank you to HQ for my copy of this book in exchange for my honest review.

Take It Back is a gripping courtroom drama, perfect for fans of Apple Tree Yard, He Said/She Said and Anatomy of a Scandal.

The Victim: A sixteen-year-old girl with facial deformities, neglected by an alcoholic mother. Who accuses four boys of something unthinkable.

Former barrister Zara Kaleel, one of London’s brightest young legal minds, takes up Jodie Wolfe’s case; she believes her, even if those closest to Jodie do not.

Jodie and Zara become the centre of the most explosive criminal trial of the year, in which ugly divisions within British society are exposed. As everything around Zara begins to unravel she becomes even more determined to get Jodie the justice she’s looking for. But at what price?

“You will always care what people think of you – that’s just the way of the world – but you can decide how you act in return you can choose to be cruel like them to make yourself feel tall, or you can treat others with kindness to balance out the shortfall.”

This fast-paced, gripping, powerful and provocative novel is so much more than the typical courtroom drama. Dealing with issues such as religion,, race, disability, everyday sexism, drug misuse, rape and simply wanting to fit in. It is hard-hitting from the start and packs a punch right up until the last page.

Told from multiple points of view, we follow former barrister Zara Kaleel, now working at a sexual assault referral centre, as she helps Jodie Wolfe navigate the criminal and legal process after she accuses four Muslim boys of rape. We also hear from the boys’ perspective as they protest their innocence and fight for their futures. Throughout the book I had no idea who was telling the truth and was overcome with sadness at knowing one side had to be telling the truth; either a vulnerable young girl was raped or that girl lied and tried to get four innocent boys put in jail for a crime they didn’t commit. Which one of those is the best outcome? Of course the answer is neither but instead all I could do was hope that the truth would out and justice would prevail.

“Women aren’t born warriors; we learn to fight because we have to.”

I still can’t believe that this is a debut novel. Intelligent, tense, dark, twisty and compelling, I found this almost impossible to put down and got completely involved in the characters and the story. My mother’s heart was so torn as my mind went into overdrive to try and figure out who was telling the truth. I never did.

The characters in this book are all full of depth, raw and very human, and are both likeable and unlikeable, which adds to the honesty of this novel. On the surface, Zara is simply a former barrister that wants to do good in the world. But when you peel away the layers you see the many other things she is too: a Muslim that lives a more westernised life, the black sheep of the family, scarred by her father’s death, afraid of commitment and using substances to handle the problems she’s unwilling to face. She is also strong, determined and stands up for what she believes is right.

“A single moment of weakness would not define his entire life. The mistake would be righted and they’d all move on – and surely that would be soon. After all, it was four against one”

Jodie Wolfe has facial deformities because of neurofibromatosis. All she’s ever wanted is to fit in, to feel like everybody else. She has a tough home life with her alcoholic mother who blames her for everything wrong in her life and is one of the few characters in this book that I felt nothing but venom towards. Jodie’s deformities give her an extra battle in her rape case as lots of people look at her and wonder why four handsome boys would want to touch her. Even her mother and best friend think she’s lying. It highlights one of the many uphill battles faced by people who report rape and my heart broke for her and what she was subjected to during her testimony and her victim statement brought tears to my eyes.

One of the things I liked best about this book is how we also get to know the four accused boys and how they are shown as whole people, not just hooligans and criminals. They deny the allegations and the author gives the reader a glimpse of each boys’ interview and interaction with their father. It was a great way to humanise them instead of simply portraying them as the big, bad, mysterious wolves. It also gave me a lot of empathy for their families as we see the effect their arrest has on them and their struggle to make sense of their children being accused of such a terrible thing.

“Did Zara really owe more to her community and its nebulous idea of loyalty than a beleaguered young girl who so clearly needed help?”

Many times I had to remind myself this was a work of fiction as it is a premise you can imagine actually occurring. It is a commentary on issues prevalent in today’s society. It was very hard to read at times and opened my eyes to what it can be like being a Muslim and an immigrant in Britain today. The hateful vitriol and threats towards Zara for apparently betraying her community by helping Jodie was awful and devastating. Her story in particular opened my eyes in a big way and I can’t imagine living in England in 2019 and being under threat of such tyranny and harm from people in your own community.

As we sped towards the finale my heart was in my throat and I had no idea how it would end. I read the revelations with disbelief and horror, my heart quickening, holding my breath in  anticipation of what would come next. This book is worth every bit of the hype it’s receiving and I can not wait to see what the author does next. Sharply and expertly written and paced, I would recommend that anyone who enjoys legal or crime thrillers read this book. 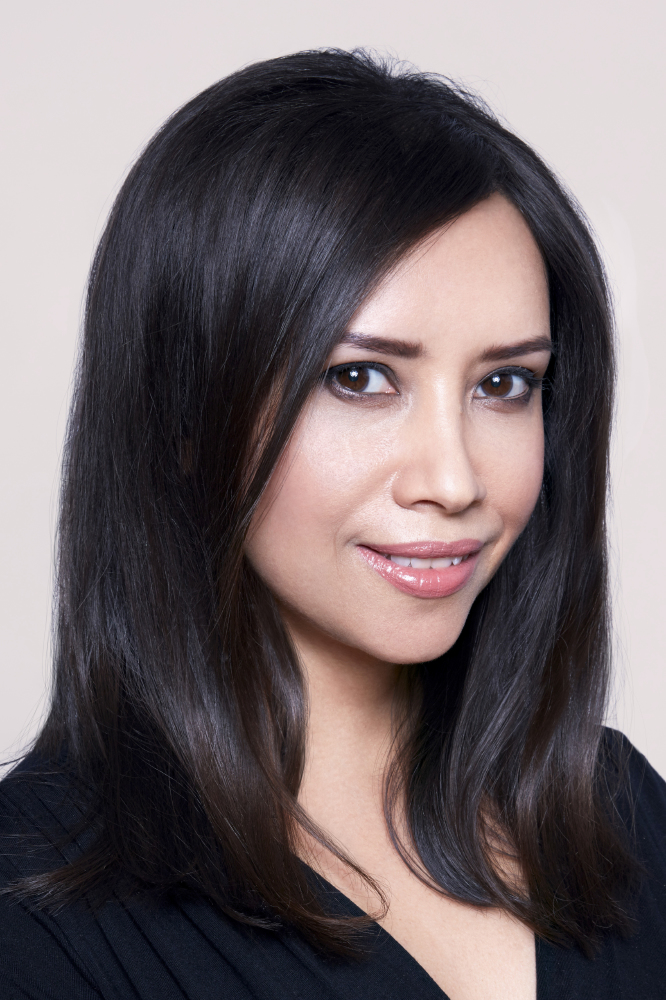 Kia Abdullah is an author, journalist and travel writer. She has contributed to The Guardian, BBC, and Channel 4 News, and most recently the New York Times commenting on a variety of issues affecting the Muslim community. Kia currently travels the world as one half of the travel blog atlasandboots.com, which receives over 200,000 views per month.