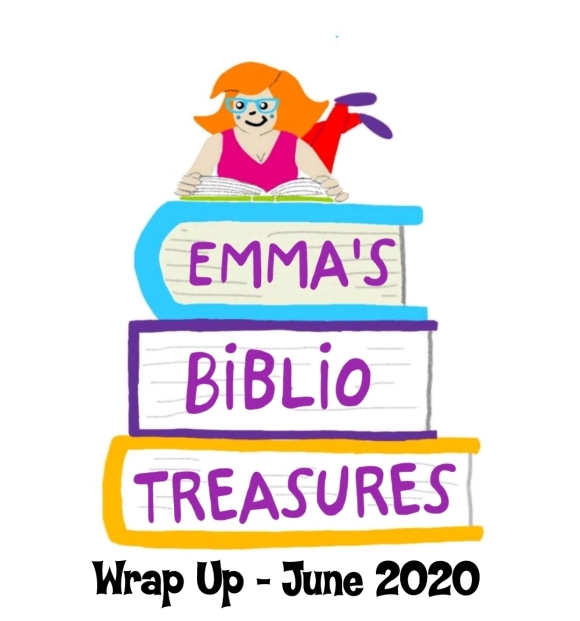 Another month has passed and we’re now half way through the year. It has flown so quickly. I just hope that the rest of the year isn’t as crazy as 2020 has been so far.

June has been a fantastic reading month for me. I read fourteen books, including my first ever audio book. It was almost fifteen books read but I didn’t quite finish Nine Elms. It was a big month for reading with others for me. I took part in a buddy read with my lovely friend Beth and three readalongs with the Tandem Collective, two of which are still going on.

So here is what I read this month:

You can read the reviews for all of the books except for Sadie by clicking on the title. My review for Sadie will be posted in the coming week.

My BOTM was a close call again but I have to give it to A Court of Thorns and Roses. I didn’t expect to love this book as much as I did and it’s opened up a whole new genre for me. That’s one of the things I love about Bookstagram though, it brings books to your attention you’d never have considered reading otherwise and it’s helped me discover a wealth of books and authors I doubt I’d have ever read without it. The other books that deserve a special mention this month are The Phone Box at the Edge of the World, The Waiting Rooms, and The Miseducation of Evie Epworth. These three outstanding novels were all contenders for my book of the month and are candidates for being in my favourite books of the year so far.

In July I have a busy month full of blog tours that I’m so excited about . I’m also looking forward to seeing what books the rest of the year brings and will be posting some of the ones I’m looking forward to most in the next few weeks.

Thank you to all the tagged publishers for the gifted copies of the books.

Welcome to my stop on the blog tour and Happy Publication Day Joel Hames. Thank you to Tracy at Compulsive Readers for the invitation to take part and FFS Publishing for the ebook ARC.

From the bestselling author of Dead North, a tense, claustrophobic psychological thriller perfect for fans of Lucy Foley, Claire McGowan and Clare Mackintosh.

They’re all me. My name is Lisa and I’m an identity thief. If I’m not inside your system stealing your money, I’ve probably already stolen it. I’m your friend. I’m a thief. I’m gone.
I’m in control.

Only now, the tables have been turned. I’m in danger. My son is in danger. And I don’t know where that danger’s coming from.

Any friend.
Any enemy.
Any stranger.

Anyone from the past I’ve been trying to outrun for years.

NOBODY CAN BE TRUSTED.

When she fled her tragic childhood home at the age of fifteen,  Lisa Atkins shed her first identity and became someone else. Ever since she has invented new identities in order to outrun her past and to scam her targets.

But now the tables have turned and she is the target. Realising that she and her son, Simon, are in danger, Lisa frantically tries to find the source of the danger. But they remain illusive. Will the past she’s been trying to outrun for two decades finally catch up with her?

This readable and intriguing thriller captured my attention quickly. The story is told in chapters that alternate between the past and present with flashbacks revealing the terrible homelife she endured and the trauma that has cast a shadow over her whole life. In the present day we watch her keep track of her various identities and scams while also being a doting mother to four-year-old Simon. It provides a shocking and thought-provoking reminder of how our modern-day love of technology and social media can be used against us by those with the knowledge to do so. Personally, I could only think how being so many different people must be exhausting. Just reading all she had to do to keep on top of her many identities left me feeling like I needed a nap!

One of the things I liked most about this book was Lisa’s nuanced and layered character. Lisa isn’t supposed to be someone we like. She’s a con artist and a thief who takes pride in what she does, but she is also a loving mother and someone with a tragic past. There is something about her that was endearing to me from the start and I couldn’t help but like and root for her. The flashbacks to her childhood were certainly a contributing factor to this as the story went on as it was impossible not to be moved by what she had gone through.

Another thing I enjoyed about this novel is that I found it hard to predict. I had no idea who was targeting Lisa or what turns the story would take next. My only issue with this book, and the reason I have given it 3.5 stars instead of 4, is that about a fifth of the way in the tension wanes and doesn’t pick back up for quite some time. But overall this was a fascinating, twisty, and enjoyable thriller.

Joel Hames lives in rural Lancashire, England, with his wife and two daughters, where he works hard at looking serious and pretending to be a proper novelist.

After a varied career in London which involved City law firms, a picture frame warehouse, an investment bank and a number of market stalls (he has been known to cry out “Belgian chocolates going cheap over ‘ere” in his sleep), Joel relocated from the Big Smoke to be his own boss. As a result, he now writes what he wants, when he wants to (which by coincidence is when the rest of the family chose to let him).

Joel’s first novel, Bankers Town, was published in 2014, and The Art of Staying Dead followed in 2015. The novellas Brexecution (written and published in the space of ten days following the UK’s Brexit referendum, with half the profits going to charity) and Victims were published in 2016 and 2017 respectively.