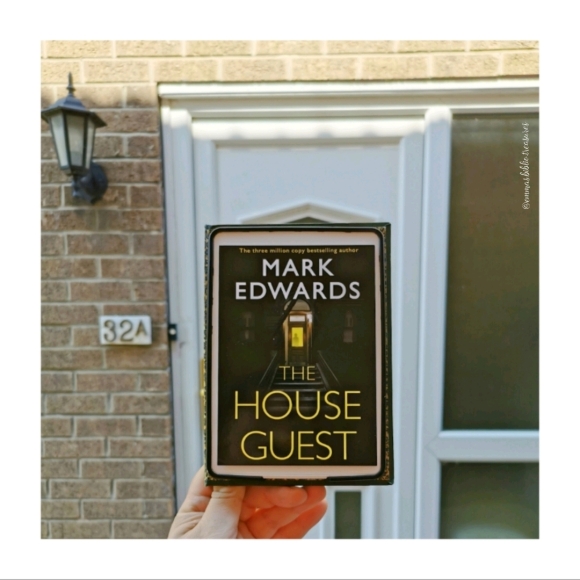 Thank you to Mark Edwards and Thomas & Mercer for the EBook ARC of this book.

When British twenty-somethings Ruth and Adam are offered the chance to spend the summer housesitting in New York, they can’t say no. Young, in love and on the cusp of professional success, they feel as if luck is finally on their side.

So the moment that Eden turns up on the doorstep, drenched from a summer storm, it seems only right to share a bit of that good fortune. Beautiful and charismatic, Eden claims to be a friend of the homeowners, who told her she could stay whenever she was in New York.

They know you’re not supposed to talk to strangers—let alone invite them into your home—but after all, Eden’s only a stranger until they get to know her.

As suspicions creep in that Eden may not be who she claims to be, they begin to wonder if they’ve made a terrible mistake…

The House Guest is the chilling new psychological thriller from the three million copy bestselling author of Here to Stay and Follow You Home.

British couple Adam and Ruth are spending the summer house-sitting for friends in New York while chasing their dreams of success, fame and fortune. One stormy night, there’s a knock at the door and Adam opens it to a woman named Eden, who says she’s a friend of the homeowners and has come to take them up on their offer to stay whenever she’s in the city. Feeling bad that she has nowhere else to go, they invite her to stay and are soon charmed by the charismatic young woman. But is Eden who she claims to be? Or is there something sinister at play and Adam and Ruth just made a terrible mistake?

Any time I pick up a book by Mark Edwards I know that I will be getting a spectacularly written, heart-pounding page-turner. His latest novel is no exception. Tightly plotted, deftly told, twisty and compelling, he had me in the palm of his hand from start to finish. His rich scene setting transported me to the streets of New York, which was a welcome break during lockdown.

The story started out at a subdued pace as Adam and Ruth get to know Eden and go about their days. But since the night Eden arrived, Adam hasn’t been able to shake the feeling he’s being watched. And, knowing Mark’s other novels, I was sure there would be someone sinister lurking in the shadows, just waiting for the right time to pounce. Then a shocking twist threw me for a look early on and the story then began to sizzle with suspense and shift into something completely unexpected.

Reading this was like being on a wild and crazy ride that I didn’t want to end. As we approached the conclusion it became increasingly frenzied, my heart racing with apprehension. While I guessed some things right, as always Mark delivered mind-blowing revelations that I never saw coming again and again. And that ending; OMG. I have chills just thinking about it.

The House Guest is another fantastic and memorable thriller from one of my favourite authors. Mark, you slayed me again. 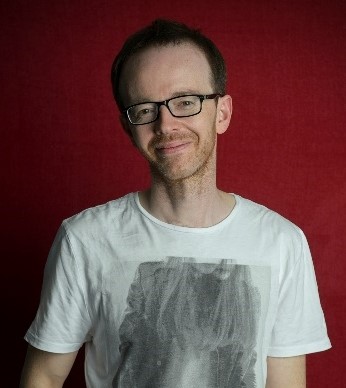 Mark Edwards writes psychological thrillers in which scary things happen to ordinary people. He has sold more than 3 million books and topped the UK bestseller list nine times. His titles include The Magpies, Follow You Home and The Retreat.