It seems impossible that we’re almost half way through the year already. Will lockdown continuing, books are providing a much needed escape for so many of us right now. Here are the books out in June that I’m most excited about escaping into. 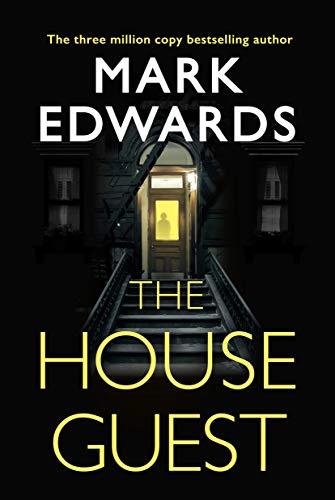 One of my fave authors. I’m lucky to be one of Mark’s early readers and have already read this gripping thriller.

When British twenty-somethings Ruth and Adam are offered the chance to spend the summer housesitting in New York, they can’t say no. Young, in love and on the cusp of professional success, they feel as if luck is finally on their side.

So the moment that Eden turns up on the doorstep, drenched from a summer storm, it seems only right to share a bit of that good fortune. Beautiful and charismatic, Eden claims to be a friend of the homeowners, who told her she could stay whenever she was in New York.

They know you’re not supposed to talk to strangers—let alone invite them into your home—but after all, Eden’s only a stranger until they get to know her.

As suspicions creep in that Eden may not be who she claims to be, they begin to wonder if they’ve made a terrible mistake…

I’m a big cat lover and this book sounds like a quirky read that’s right up my street.

SYNOPSIS:
In Tokyo – one of the world’s largest megacities – a stray cat is wending her way through the back alleys. And, with each detour, she brushes up against the seemingly disparate lives of the city-dwellers, connecting them in unexpected ways.

But the city is changing. As it does, it pushes her to the margins where she chances upon a series of apparent strangers – from a homeless man squatting in an abandoned hotel, to a shut-in hermit afraid to leave his house, to a convenience store worker searching for love. The cat orbits Tokyo’s denizens, drawing them ever closer.

M.J Arlidge is one of my favourite authors and the Helen Grace series is my favourite crime series. love it’s set near where I used to live and evokes so many memories too. Excited to be on the blog tour for this on July 3rd.

SYNOPSIS:
“You have one hour to live.”

Those are the only words on the phone call. Then they hang up. Surely, a prank? A mistake? A wrong number? Anything but the chilling truth… That someone is watching, waiting, working to take your life in one hour.

The job of finding out falls to DI Helen Grace: a woman with a track record in hunting killers. However, this is A case where the killer seems to always be one step ahead of the police and the victims.

With no motive, no leads, no clues – nothing but pure fear – an hour can last a lifetime…

I’m really enjoying historical fiction at the moment and this one sounds brilliant.

SYNOPSIS:
With the haunting emotional power of American Dirt and the atmospheric suspense of Where the Crawdads Sing: a compulsive debut novel that explores the aftershock of a brutal crime on the women of a small Texas oil town.

Mercy is hard in a place like this. I wished him dead before I ever saw his face…

Mary Rose Whitehead isn’t looking for trouble – but when it shows up at her front door, she finds she can’t turn away.

Corinne Shepherd, newly widowed, wants nothing more than to mind her own business, and for everyone else to mind theirs. But when the town she has spent years rebelling against closes ranks she realises she is going to have to take a side.

Debra Ann is motherless and lonely and in need of a friend. But in a place like Odessa, Texas, choosing who to trust can be a dangerous game.

Gloria Ramírez, fourteen years old and out of her depth, survives the brutality of one man only to face the indifference and prejudices of many.

When justice is as slippery as oil, and kindness becomes a hazardous act, sometimes courage is all we have to keep us alive.

I’ve read some great reviews for this one and it is now one of my most anticipated reads of the month.

SYNOPSIS:
The Vignes twin sisters will always be identical. But after growing up together in a small, southern black community and running away at age sixteen, it’s not just the shape of their daily lives that is different as adults, it’s everything: their families, their communities, their racial identities. Ten years later, one sister lives with her black daughter in the same southern town she once tried to escape. The other secretly passes for white, and her white husband knows nothing of her past. Still, even separated by so many miles and just as many lies, the fates of the twins remain intertwined. What will happen to the next generation, when their own daughters’ story lines intersect?

Weaving together multiple strands and generations of this family, from the Deep South to California, from the 1950s to the 1990s, Brit Bennett produces a story that is at once a riveting, emotional family story and a brilliant exploration of the American history of passing. Looking well beyond issues of race, The Vanishing Half considers the lasting influence of the past as it shapes a person’s decisions, desires, and expectations, and explores some of the multiple reasons and realms in which people sometimes feel pulled to live as something other than their origins.

I feel very lucky to have an ARC of this debut and am doing a buddy read with my book friend Beth in early June.

SYNOPSIS:
The most moving and powerful novel of our times, inspired by true events.

We all have something to tell those we have lost . . .

When Yui loses her mother and daughter in the tsunami, she wonders how she will ever carry on. Yet, in the face of this unthinkable loss, life must somehow continue.

Then one day she hears about a man who has an old disused telephone box in his garden. There, those who have lost loved ones find the strength to speak to them and begin to come to terms with their grief. As news of the phone box spreads, people will travel to it from miles around.

Soon Yui will make her own pilgrimage to the phone box, too. But once there she cannot bring herself to speak into the receiver. Then she finds Takeshi, a bereaved husband whose own daughter has stopped talking in the wake of their loss.

What happens next will warm your heart, even when it feels as though it is breaking.

For when you’ve lost everything – what can you find . . ?

Karin is one of my fave crime writers and I will pick up anything she writes. I’m excited to take part in the blog tour for this one on June 29th.

SYNOPSIS:
He watches.
A woman runs alone in the woods. She convinces herself she has no reason to be afraid, but she’s wrong. A predator is stalking the women of Grant County. He lingers in the shadows, until the time is just right to snatch his victim.

He waits.
A decade later, the case has been closed. The killer is behind bars. But then another young woman is brutally attacked and left for dead, and the MO is identical.

He takes.
Although the original trail has gone cold – memories have faded, witnesses have disappeared – agent Will Trent and forensic pathologist Sara Linton must re-open the cold case. But the clock is ticking, and the killer is determined to find his perfect silent wife….

I’ve heard a lot of good things about this author and this sounds like a perfect summer read.

SYNOPSIS:
One summer. One stranger. One killer…

In the wake of the crime that rocked her community, Felicity fled, knowing more than she let on.

But sixteen years later, her new life is shattered by the news that a second girl has gone missing in her hometown.

Now Felicity must go back, to face the truth about what happened all those years ago.

Only she holds the answers – and they’re more shocking than anyone could imagine.

The heatwave is back. And so is the killer.

I’m taking part in the blog tour for this fascinating thriller and my review will be posted in June 23rd.

SYNOPSIS:
What if you knew the truth but couldn’t remember?

Over a decade ago, Heidi was the victim of a brutal attack that left her hospitalised, her younger sister missing, and her best friend dead. But Heidi doesn’t remember any of that. She’s lived her life since then with little memory of her friends and family and no recollection of the crime.

Now, it’s all starting to come back.

As Heidi begins retracing the events that lead to the assault, she is forced to confront the pain and guilt she’s long kept buried. But Heidi isn’t the only one digging up the past, and the closer she gets to remembering the truth, the more danger she’s in.

When the truth is worse than fiction, is the past worth reliving?

An addictive thriller about a case gone cold and the dangers lurking on our doorsteps, Monstrous Souls will have you gripped to the very end. 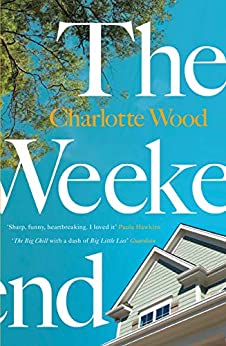 I love stories about friendship and have been really enjoying books with senior protagonists lately so I’m excited to check this one out.

SYNOPSIS:
Sylvie, Jude, Wendy and Adele have a lifelong friendship of the best kind: loving, practical, frank and steadfast. But when Sylvie dies, the ground shifts dangerously for the remaining three.

These women couldn’t be more different: Jude, a once-famous restaurateur with a spotless life and a long-standing affair with a married man; Wendy, an acclaimed feminist intellectual; Adele, a former star of the stage, now practically homeless.

Struggling to recall exactly why they’ve remained close all these years, the grieving women gather for one last weekend at Sylvie’s old beach house – not for a celebration of her life, but to clean the place out before it is sold.

But fraying tempers, an elderly dog, unwelcome guests and too much wine collide in a storm that brings long-buried hurts to the surface – a storm that will either remind them of the bond they share, or sweep away their friendship for good.