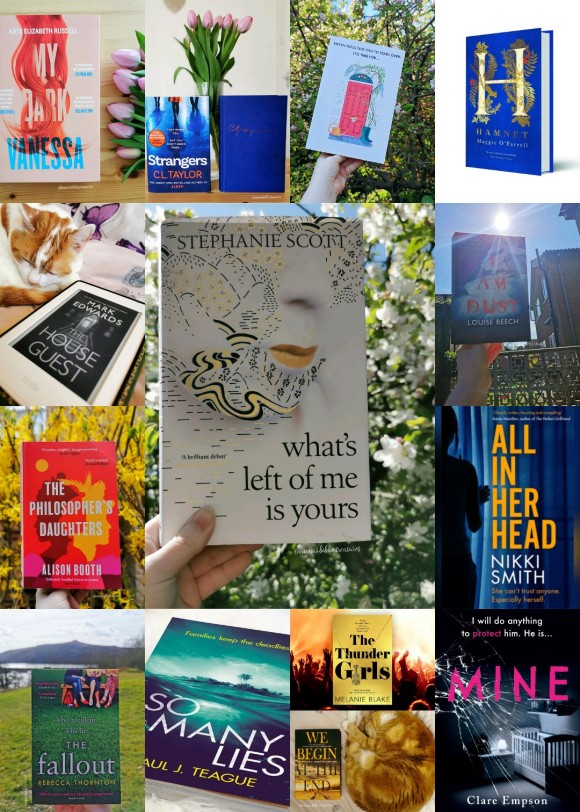 I can’t believe we’re a third of the way through the year already. April has been a strange month for the world with us being in lockdown. For me, that’s meant mostly getting used to not having a quiet house during the day Monday to Friday, which is when I do a lot of my reading and blogging. I’ve also had to hand over my laptop to our eldest as his is broken so I’m restricted in my times I can write.

In terms of reading, April has been another strong month for me. I’ve read thirteen books, taken part in fifteen blog tours, two cover reveals, one readalong and one buddy read. So here is what I’ve read this month:

You can read the synopsis and reviews for what I’ve read this month by clicking on the links above except for The House Guest, which will be reviewed next month.

So many great books means it’s hard to choose a favourite. And this month it was almost impossible. I loved Hamnet and was sure nothing would top that; until I read the breathtaking debut novel, What’s Left Of Me Is Yours. I still think about that book many times each day and am constantly recommending everyone read it. So if you haven’t yet bought a copy you can use the links in my review to do it now! Other books I feel deserve a shout out are the fantastic thrillers Strangers and All In Her Head, the heartwarming and uplifting The Switch, and the brilliantly sinister I Am Dust. Each of these were also contenders for my book of the month.

Thank you to the publishers for my gifted copies of the books and the blog tour organisers for all their hard work.

What have you read this month and what was your favourite? Comment below. 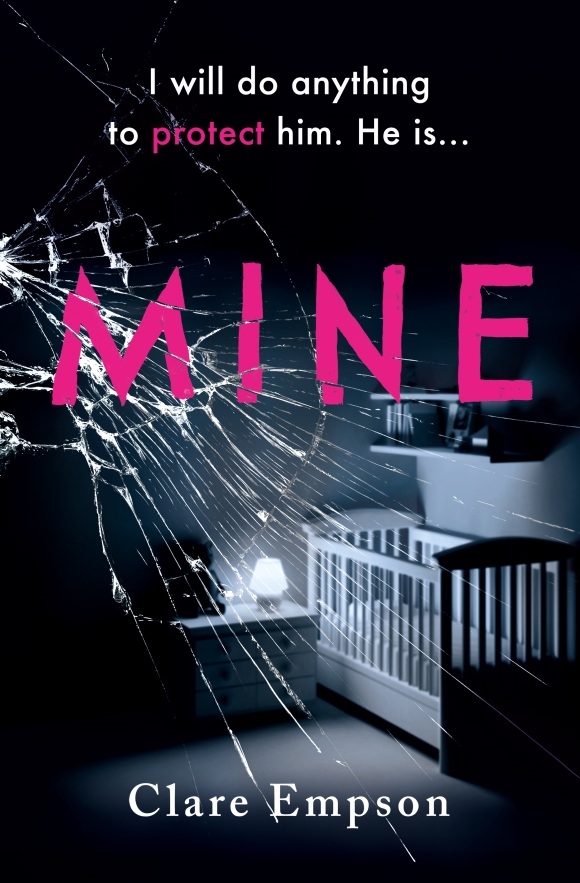 Thank you to Tracy at Compulsive Readers for the invitation to take part in this blog tour and to Orion for my gifted copy of the book.

On the surface, Luke and his girlfriend Hannah seem to have a perfect life. He’s an A&R man, she’s an arts correspondent and they are devoted to their new-born son Samuel.

But beneath the gloss Luke has always felt like an outsider. So when he finds his birth mother Alice, the instant connection with her is a little like falling in love.

When Hannah goes back to work, Luke asks Alice to look after their son. But Alice – fuelled with grief from when her baby was taken from her 27 years ago – starts to fall in love with Samuel. And Luke won’t settle for his mother pushing him aside once again…

I was not prepared for the avalanche of emotions that I would feel while reading this book. Ms. Empson broke me with this absorbing story of motherhood, family and true love.

Told over dual timelines the story begins with 27-year-old Luke meeting his birth mother, Alice, for the first time. We then follow as they get to know each other and as Alice meets Luke’s girlfriend Hannah and baby son Samuel, and Luke meets his father Rick. Their reunion goes so well that when Hannah returns to work after her maternity leave, Alice is the one to look after Samuel. But as Alice gets closer to the family, and Samuel in particular, Luke begins to question how well they know her. Can they really trust her with their baby? Or is Luke being paranoid because he feels he’s being pushed out by his mother all over again?

I wasn’t really sure what to expect when I started this book, but it certainly wasn’t something so emotional.  The story is steadily paced with flashbacks to Alice finding her true love, becoming pregnant and giving up the baby she wanted to raise running parallel to the story of the two of them reconnecting twenty-seven years later. I liked the author’s decision to only have Alice’s point of view in the flashbacks as it added to the sense of mystery and put us in the same boat as Luke with wondering what happened when he was a baby and what her intentions are now. It also added to the sense of foreboding that is present throughout the book, though you are never quite sure what it will mean and where the story will take you.

The characters slowly reveal themselves in the same way people do when getting to know each other. You could tell the author had researched the emotional impact of adoption on everyone involved and she brings that to each character expertly. The author has a way of reaching into your heart and soul so you feel everything they do: elation, trepidation and optimism when Luke and Alice meet and become part of each other’s lives, the passion and intensity of Alice and Jacob falling in love, and Luke’s heartache and confusion as his feelings for his birth mother become more complex. Both narrators were likeable, relatable and sympathetic. I was rooting for them individually and as mother and son, hoping for a happy ending after the heartache they’ve both suffered.

Mine is an engrossing, poignant, hopeful and heartbreaking story. This is the first time I’ve read anything by this author and I will be buying her first book so I can read more. 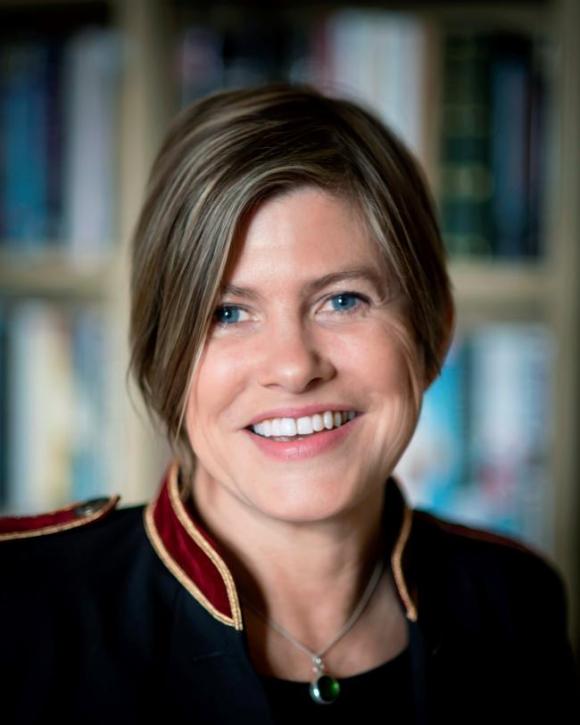 Clare Empson worked as a staff writer on national newspapers covering everything from collapsing merchant banks to tea with the late Barbara Cartland (everything pink including the cakes). Eight years ago, she moved to the West Country and founded the arts and lifestyle blog countrycalling.co.uk.

The idyllic setting inspired her first novel, which reveals the darker side of paradise. Clare lives on the Wiltshire/Dorset border with her husband and three children. 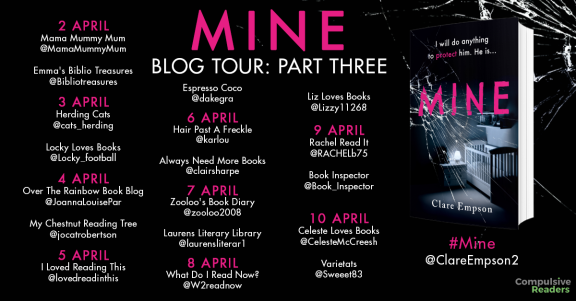