Welcome to my stop on the blog tour for this debut thriller. Thank you to Anne at Random Things Tours for the invitation to take part, and to Simon & Schuster UK for the gifted copy of the novel.

A body is found bricked into the walls of a house. From the state of the hands, it’s clear they were buried alive and had tried to claw their way out before they died.  Soon, the victim is linked to a missing person’s case and DS Adam Tyler is called.

As the sole representative of South Yorkshire’s Cold Case Review Unit, Tyler recognises his role for what it is – a means of keeping him out of the way following an ‘incident’. When this case falls in his lap, he grabs the opportunity to fix his stagnating career.

When he discovers he has a connection to the case that that hopelessly compromises him, he makes the snap decision not to tell his superiors. With such a brutal and sadistic murder to unpick, Tyler must move carefully to find out the truth without destroying the case or himself.

Meanwhile, someone in the city knows exactly what happened to the body. Someone who is watching Adam closely. Someone with an unhealthy affinity with fire…

A taut investigative thriller bursting with character and tension, introducing an enigmatic, fresh lead detective unlike any you have met before – Detective Sergeant Adam Tyler. 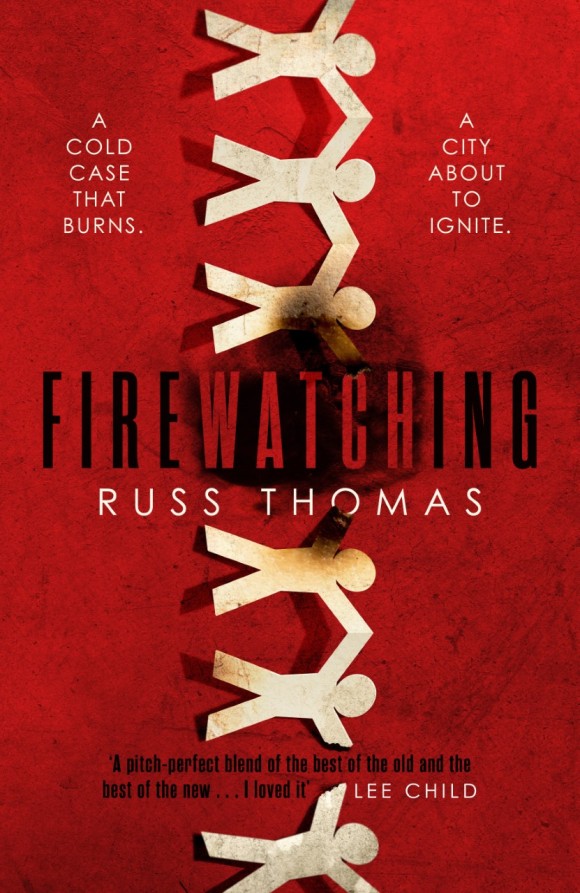 Whoa-oh-oh. This book is on fire. Like what I did there? I’m still trying to catch my breath after finishing this heart-pounding debut. I love a good crime series, and Firewatching is the first in what I have no doubt will become one of my favourites. I’ll admit that I was enamoured by the fact it’s set in my hometown of Sheffield, but that isn’t why I loved it so much. The author had me hooked from the first page, his magnificent writing making me putty in the palm of his hands. I couldn’t put it down, read every spare minute possible as I tried in vain to predict what would happen next.

DS Adam Tyler is called to the discovery of a body that was buried alive by being bricked into the wall of a house. The house’s owner, Graham Cartwright, had vanished six years ago amid high-profile scandals. Solving this case could be Adam’s way to salvage his career so he’s determined to be on the case. But he doesn’t work well with others, so this also becomes his chance to prove to his boss that he can be a team player. As he works the case with old-school copper DI Jim Doggett, the original investigator in the disappearance, and Amina Rabbani, a young police officer who sees the case as her chance to finally make it into CID, it soon becomes clear that there are people who’ve been keeping secrets that they want to remain hidden and that this will be a more complex case than they initially imagined. As his professional and private life seep together, Adam finds himself in a fight not only for his career, but for his life.

Part of the genius of this book is that everyone is a suspect. I literally had all but about three characters on my suspect list at one point or another, including the protagonist. You don’t know what to think, who to trust and where it is going next, leaving you on the edge of your seat as your mind fizzes with questions and suspicion. The author has created a vast array of characters who all feel fleshed out and vivid, each illuminating the story in their own unique way. I liked that Tyler wasn’t beloved by everyone or a team player. His battle to be treated like the other male officers because of his sexuality and the trauma of his father’s suicide gives him not only the spikiness that was fun to read, but also made me feel warmth towards him for those struggles . I enjoyed the banter between him and the other officers and how reluctantly they worked together to solve the case. Real life means having to work with people you can’t stand sometimes and the author certainly used it to his advantage in this book. The antagonist hides in the shadows until the tense finale and I loved being in the dark as much as the investigating officers. I honestly couldn’t pinpoint a clear suspect and was completely blindsided when they were revealed.

I loved the inclusion of the blog posts by the arsonist. They were mysterious, bizarre, creepy and fascinating. You got a real sense of how twisted and traumatised this person was and they increased the foreboding atmosphere that hung in the air. In the beginning they read like stories but slowly the readers see that there is more to them and realise how sick and twisted the writer is. But their identity remains a mystery, known only by the name The Firewatcher.

Firewatching is an outstanding, atmospheric, claustrophobic and surprising debut. It has everything you want in a great thriller and leaves you wanting more, just as a good series should. It is a must-read for anyone who enjoys this genre. I can’t wait for the next installment. 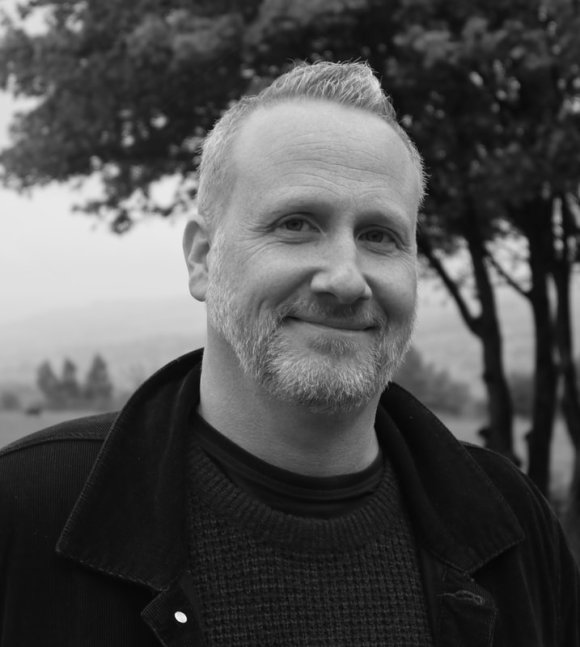 Russ Thomas was born in Essex, raised in Berkshire and now lives in Sheffield. He grew up in the 80s reading anything he could get from the library, writing stories, watching large amounts of television, playing videogames, and largely avoiding the great outdoors. He spent five years trying to master playing the electronic organ and another five years trying to learn Spanish. It didn’t take him too long to realise that he’d be better off sticking to writing.

After a few ‘proper’ jobs (among them pot-washer, optician’s receptionist, supermarket warehouse operative, call-centre telephonist and storage salesman) he discovered the joys of bookselling, where he could talk to other people about books all day.

His debut novel Firewatching is the first book in the DS Adam Tyler series.

Huge thanks for the blog tour support Emma x

Great review, I have mine all written up was holding back posting until nearer publication date.

Thank you. Looking forward to your review x

Certainly not as good as yours, really trying to work harder on mine, we do both agree on the story though. X

Don’t put yourself down, I’m sure it’s great xx

[…] In February I also attended two book events. On February 19th I attended my first book event here in Sheffield – the book launch of Firewatching, the sensational debut by local author Russ Thomas. It was a fantastic evening and I left eagerly anticipating book two in the series which is out this time next year. You can read my review for Firewatching by clicking here. […]