In the Lion’s Den is a gripping new Victorian epic novel featuring the characters of the House of Falconer series from beloved #1 New York Times bestselling author, Barbara Taylor Bradford.

London, 1889: Victorian London is a place of wealth, privilege and poverty, a city of extremes. For James Falconer, who grew up as a barrow boy on a London market, it is a city of opportunity.

Working his way up Henry Malvern’s trading company in Piccadilly, James faces fraud and betrayal. A fierce rivalry develops with Henry’s daughter and heir Alexis – but their animosity masks a powerful attraction.

Embarking on a love affair with the daughter of Russian émigrés, James’s life begins to transform. But as treachery and danger threaten, a secret comes to light that will change his life forever. James must decide where his future lies – with Henry Malverm or following his own dream…

We’ve all heard of the legendary Barbara Taylor Bradford but would it occur to you to pick up one of her books? As soon as I read the synopsis for her latest book, In the Lion’s Den, I knew it was a book I’d enjoy. I’m a huge fan of historical fiction and this sounded like exactly the kind of book that was perfect to curl up with on a cosy winter’s night. But I admit that if I hadn’t received the email from Get Red PR about working together that I might have skipped past it. Instead I’m excited to immerse myself in a new series by a much-loved author.

Thank you to HarperCollinsUK and Get Red PR for my gifted copy of this novel. 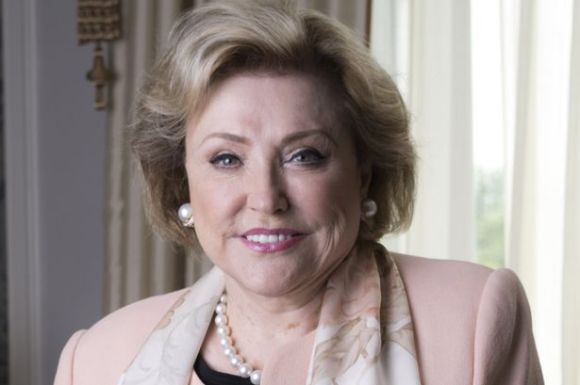 Barbara Taylor Bradford was born and raised in England. She started her writing career on the Yorkshire Evening Post and later worked as a journalist in London. Her first novel, A Woman of Substance, became an enduring bestseller and was followed by many more, including the bestselling Harte series. Barbara’s books have sold over eighty-five million copies worldwide in more than ninety countries and forty languages, and ten mini-series and television movies have been made of her books. In October of 2007, Barbara was appointed an OBE by the Queen for her services to literature. In the Lion’s Den is her thirty-fourth novel.