Vanessa Wye was fifteen years old when she first had sex with her English teacher.

She is now thirty-two and in the storm of allegations against powerful men in 2017, the teacher, Jacob Strane, has just been accused of sexual abuse by another former student.

Vanessa is horrified by this news, because she is quite certain that the relationship she had with Strane wasn’t abuse. It was love. She’s sure of that.

Forced to rethink her past, to revisit everything that happened, Vanessa has to redefine the great love story of her life – her great sexual awakening – as rape. Now she must deal with the possibility that she might be a victim, and just one of many.

Nuanced, uncomfortable, bold and powerful, My Dark Vanessa goes straight to the heart of some of the most complex issues of our age.

My Dark Vanessa is the harrowing tale of fifteen-year-old Vanessa Wye’s relationship with her forty-five-year-old English teacher, Jacob Strane, and the lasting impact it has on her life. It also examines themes of consent, coercion and manipulation, and asks what is it that makes someone a victim. It also forces the reader to look at their own preconceptions and the prejudices that are often found when these situations come to light.

The story is told from Vanessa’s perspective, both as an adult and teenager. In both timelines she is under Strane’s spell and believes it was a great love affair rather than abuse. But when another of Strane’s former students claims he abused her, Vanessa is forced to reconsider if it was really love and whether she was a willing participant in a loving relationship or a victim of abuse.

Kate Elizabeth Russell has written a novel that is powerful, compelling, timely and thought-provoking. Eighteen years in the making, it feels like this story has come at the perfect time with the rise of the #MeToo movement and the increasing number of victims who are finding the strength to vocalise their experiences. She addresses the nuances of this movement, the pressure put on victims to come forward even if they aren’t ready, and the way the tide can turn so quickly in how they are portrayed.

This isn’t an easy read. The book contained some graphic, nauseating and unsettling scenes of what I consider to be abuse and a number of times I had to put down the book and stop reading for a while. After one particularly distressing scene, I was left feeling utterly broken with tears running down my face. At these times I was especially glad that I was reading this as a buddy read as I was able to talk through my feelings with my reading buddy.

It has been said that Vanessa is an unlikeable character, and it’s true, she’s not particularly warm or bubbly, but I think the decision to make her so complex made the story all the more compelling and real. Victims of any kind of abuse often don’t see what is happening for a long time, if at all, and Vanessa wouldn’t have begun her affair with Strane if it had been obvious to her. Reading her desperation to be noticed and loved by him as she was unwittingly groomed was heartbreaking. In her adult years we see the immense damage he has done to her psyche, her unwillingness to see the truth and tear down the house of straw she’s built in her mind and heart. I couldn’t help but wonder if she would ever be able to heal.

The real unlikeable character was the manipulative, predatory, and vile Strane. But even he has layers to his character and has an awareness that what he wants and does is wrong. He tells himself it’s true love, that they are soulmates, that she is in control and sets himself boundaries. These are all designed to negate the wrong he is doing and reassure himself that he can’t help it and that he is being ‘good’. The tragic part about Strane is that I think he truly believes these things; even when he’s saying the most awful things to scare her into complying or saying it to another girl, I think in his mind it’s actually all true. This made him someone I detested but also, as much as it pains me to say this, pitied very slightly. He was a sad and pathetic man but also a loathsome predator and there were so many times I wanted to reach into the book and do him actual physical harm for what he did to Vanessa.

My Dark Vanessa is the most dark and disturbing fiction book I have ever read. But it is also a well-written story that offers an insight on the intricacies of the dynamic between an abuser and their victim and on the #MeToo movement, filled with characters, situations and emotions that many will recognise. Just be prepared for a distressing read. 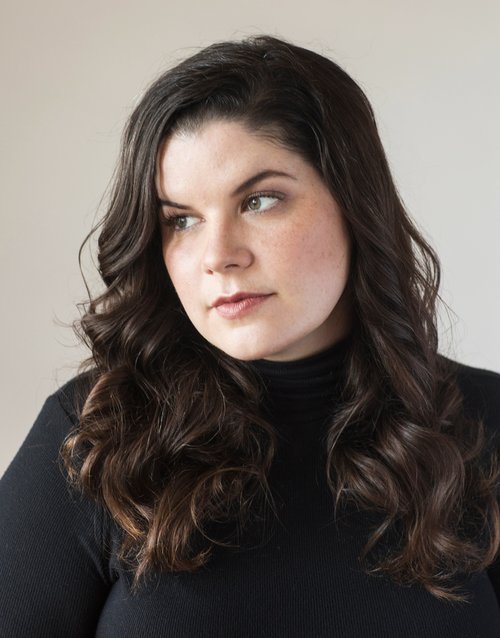 Kate Elizabeth Russell is a writer living in Madison, Wisconsin. Her debut novel, My Dark Vanessa, is forthcoming from William Morrow (US), 4th Estate (UK), and will be translated into over twenty languages. Originally from eastern Maine, she earned an MFA from Indiana University and a PhD from the University of Kansas.

Wonderful review Emma!! I need to get back to the book, I stopped at around page 147, and haven’t picked it up since 🙈

Thank you ❤️ I stopped at a similar point, in tears to my partner about what I had read and avoided picking it up again for a while. The second half isn’t as harrowing though xx

Brilliant review! I thought this book was incredible but definitely a disturbing read!