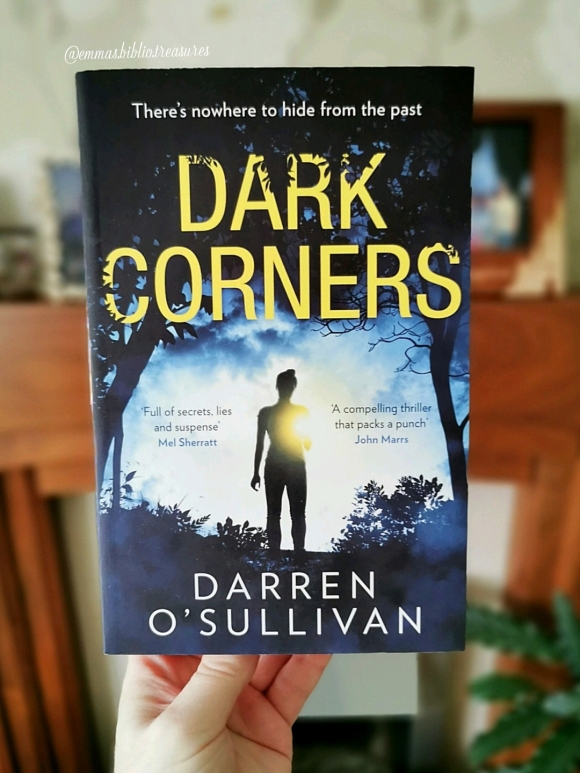 Welcome to my spot on the blog tour for this absorbing thriller. Thank you to HQ for the invitation to take part and the gifted copy of the book.

You thought you’d escaped your past

It’s been twenty years since Neve’s best friend Chloe went missing. Neve has never recovered and promised herself she’d never go back to that place.

But secrets can come back to haunt you

When Neve receives news that her first boyfriend Jamie has gone missing, she’s forced to return. Jamie has vanished without a trace in a disappearance that echoes the events of all those years ago. Somebody is watching and will stop at nothing until the truth about what took place that night is revealed …

“One way or another, secrets were debts that had to be paid.”

Dark Corners is an eerie, mysterious and gripping thriller that had me hooked from the first page. It is a story about friendships, secrets, lies and revenge. How we can run from the past but it will always catch up with you.

Neve Chambers left the small mining village where she was born and raised after the disappearance of her best friend, Chloe, and has tried not to look back. But when an old friend gets in touch to tell her that Jamie, her first love, is now missing, she feels she has no choice but to go back. Returning to the claustrophobic village, she immediately feels everyone’s eyes on her and the whispered rumours resume. As she reconnects with the friends she left behind and searches for Jamie the evidence seems to suggest that his disappearance is connected to Chloe’s, forcing Neve to confront the part she played in events twenty-one years ago.

The story is told in dual timelines. In flashbacks we go back to the summer of 1998, when Neve and her six friends are hanging out and celebrating the end of their exams, unaware that before the summer ends one of them will vanish and the rest of them will see their lives changed forever. The flashbacks made the book feel part coming-of-age story, which I enjoyed, and felt authentic, bringing back memories of my own teenage years with friends in the late nineties, when we would hang out with just a curfew and there were no mobile phones and social media. I loved that these flashbacks gave  the reader a sense of why Neve was so anxious about returning to the village while also providing a dual sense of mystery alongside what had happened to Jamie.

In the present day we follow Neve as she returns to the village and searches for Jamie, finding herself embroiled deeper in mystery and danger than she’d anticipated as it seems The Drifter, a mysterious man the friends saw near the mine when Chloe vanished, is back and taking his revenge on those who saw him all those years ago. The author did a great job of keeping the reader guessing and I was totally at a loss as to who The Drifter might be or what had happened to Chloe and Jamie.

The atmospheric, chilling, ghostly and claustrophobic small mining village was the perfect setting for the story, adding extra layers to the mystery and foreboding and casting its shadow over all who live there. The dual disappearances and timelines were easy to follow and as the tension was raised in the flashbacks, you could feel it increasing in the present day too as like Neve you became suspicious of everyone and didn’t know who to trust.

Dark Corners is a twisty, intriguing and cryptic thriller that I devoured in just a few hours. Cleverly written, it is filled with twists and turns that keep you guessing right up until the jaw-dropping finale. A great read for anyone who enjoys this genre.

Darren O’Sullivan is the author of #1 bestsellers, Our Little Secrets, Close Your Eyes and Closer Than You Think. His latest, Dark Corners is coming April 2020.

When Darren isn’t writing, he is usually rolling around on the floor, pretending to be a pirate with his 4 year old. 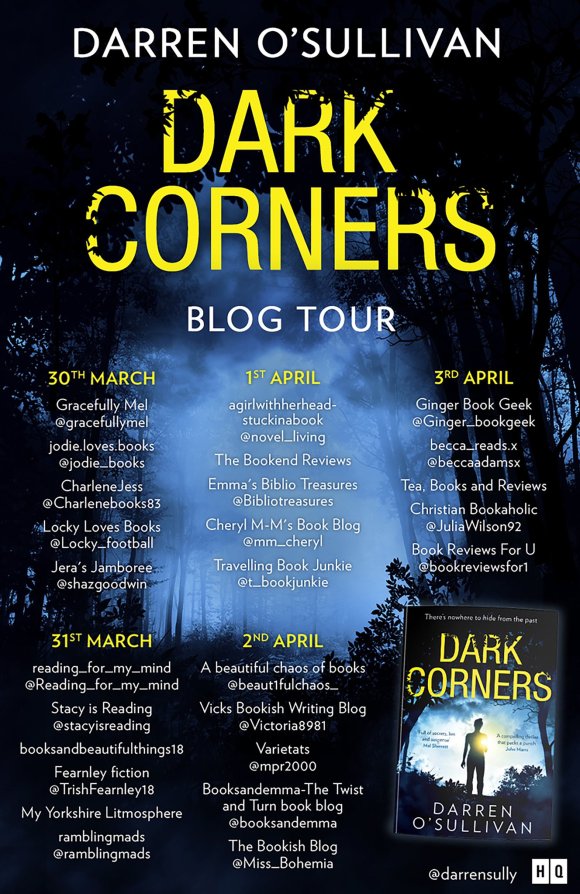