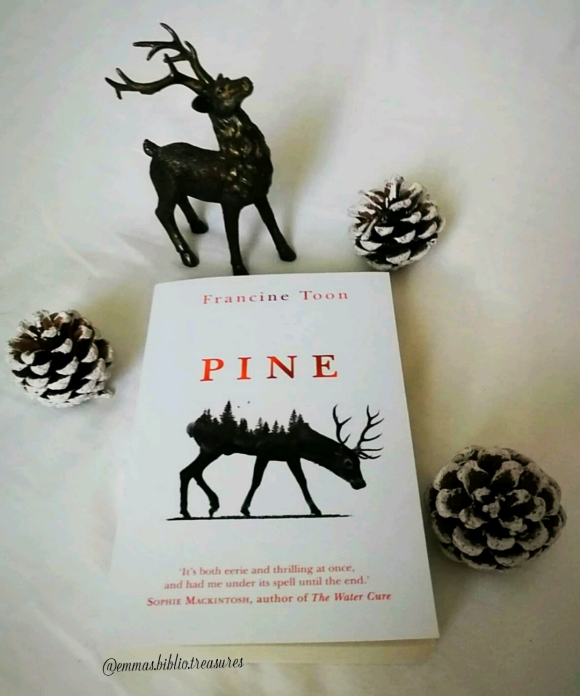 Welcome to my stop on the blog tour for this alluring debut. Thank you to Anne at Random Things Tours and to Doubleday for my gifted copy of the novel.

They are driving home from the search party when they see her. The trees are coarse and tall in the winter light, standing like men.

Lauren and her father Niall live alone in the Highlands, in a small village surrounded by pine forest. When a woman stumbles out onto the road one Halloween night, Niall drives her back to their house in his pickup. In the morning, she’s gone.

In a community where daughters rebel, men quietly rage, and drinking is a means of forgetting, mysteries like these are not out of the ordinary. The trapper found hanging with the dead animals for two weeks. Locked doors and stone circles. The disappearance of Lauren’s mother a decade ago.

Lauren looks for answers in her tarot cards, hoping she might one day be able to read her father’s turbulent mind. Neighbours know more than they let on, but when local teenager Ann-Marie goes missing it’s no longer clear who she can trust.

In the shadow of the Highland forest, Francine Toon captures the wildness of rural childhood and the intensity of small-town claustrophobia. In a place that can feel like the edge of the world, she unites the chill of the modern gothic with the pulse of a thriller. It is the perfect novel for our haunted times. 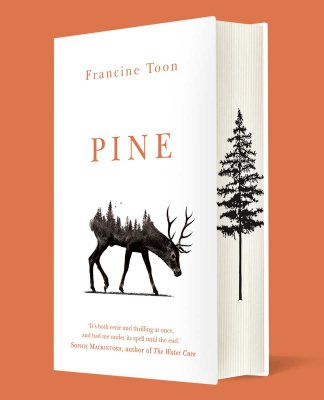 Ghostly, atmospheric and bewitching, Pine is an unsettling and beautifully written debut. The plot almost feels secondary to the rich, original, nuanced, disjointed prose that haunts you, giving you chills as you read. Unusually, I made very few notes while reading this as I was so deeply immersed in Lauren’s story that I just wanted to soak up every word and enjoy the experience.

Set in a small and secluded Highland village on the edge of the forest, Pine is told from the point of view of 10-year-old Lauren, who lives there with her father Niall. A decade ago Lauren’s mother, Christine disappeared leaving behind whispers of suspicion and cautious looks that have followed them ever since. NialL won’t talk about her mother or what happened so young Lauren is left longing for answers, trying to find a way to learn more and feeling like she wasn’t enough for her mother to stay.

The author wastes no time and throws us straight into the eerie mystery that is at the heart of the book. On Halloween night, while Lauren and her father are driving home, a strange, dishevelled woman emerges from the woods. The woman is seen in different locations in the village, interacting with people in different ways, but those who see her forget her as soon as she is out of sight. Except for Lauren who remembers every time. The situation becomes increasingly bizarre as odd things start to happen around Lauren, leaving her both fearful and in desperate need of answers.

This book is garnering a lot of hype already and I predict that there will be a lot more to come. Original, understated, moving and chilling, Pine has a sense of small-town claustrophobia that contrasts with the mystery at the core of the story; how is it possible no one knows what happened in a place where everybody knows your business? The author also uses the harsh, bleak, setting to add to the eerie, foreboding atmosphere that permeates the book.

Lauren made the perfect narrator for this story. The author expertly captured the essence of being 10 years old – wanting to fit in, feeling like an outsider, beginning to notice boys, yearning for the mother she’s never had and being on the cusp of adolescence where she still enjoys childish things but wants to experiment and be seen as grown up. Toon also expertly uses Lauren’s child-like innocence to add to the mystery and fear that the reader feels and to move us as she yearns for her mother and tries to feel close to her by wearing her lipstick or reading her book. Niall is not a particularly likeable character; he’s an alcoholic who has never got over his wife’s disappearance and isn’t there for his child. But the skill of Toon’s writing is such that by the end I felt some sympathy for him.

It’s hard to believe that this is Toon’s debut novel. Her writing is exquisite and I found myself  lost in her words, mesmerised by her imagery, and unable to tear myself away from this book for a moment longer than necessary. She has a talent for making you believe what you’re reading, even the things that seem fanciful, through her authentic characters and their interactions.

Pine is a sensational debut novel. This gothic tale uses witchcraft, the supernatural and Scottish folklore to tell a story of love, loss and discovery through the eyes of a young girl. You don’t want to miss this book. 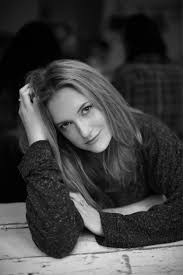 Francine Toon grew up in Sutherland and Fife, Scotland. Her poetry, written as Francine Elena, has appeared in The Sunday Times, The Best British Poetry 2013 and 2015 anthologies (Salt) and Poetry London, among other places. Pine was longlisted for the Deborah Rogers Foundation Writers Award. 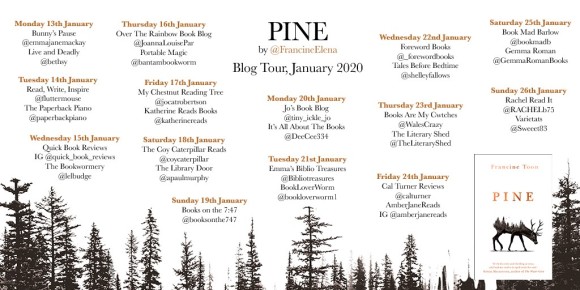 Huge thanks for the blog tour support xx