Today I’m featuring the first book in the John Milton series. Thank you to the Welbeck Publishing Group for the gifted copy of the book.

John Milton is the man the government call when they want a problem to vanish . . . but what happens when he’s the one that needs to disappear?

After a botched job leaves a bloody trail, government assassin John Milton does the one thing he’s never done before: he hides.

Disappearing into London’s bustling East End and holing up in a vacant flat, Milton becomes involved with single mother Sharon and her troubled son Elijah, who are caught in an increasingly bloody turf war between two rival gangs.

Unable to ignore the threat, Milton sets about protecting mother and son, meeting violence with violence. But his involvement puts him in the sights of the government’s next best killer, and before long Milton is not just fighting to save a family and a home – he’s fighting to stay alive . . .

If you like Lee Child’s Jack Reacher, Vince Flynn’s Mitch Rapp, and Robert Ludlum’s Jason Bourne, you won’t be able to put down the compulsively addictive John Milton series. 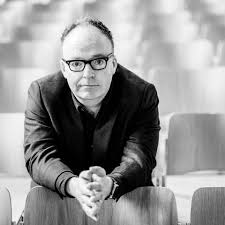 Mark Dawson was born in Lowestoft, in the UK. He has worked as a DJ, a door-to-door ice cream seller, factory hand and club promoter. He eventually trained as a lawyer and worked for ten years in the City of London and Soho, firstly pursuing money launderers around the world and then acting for celebrities suing newspapers for libel.

He is presently writing three series.

The USA Today and Audible bestselling John Milton books involve a disgruntled British assassin who is trying – without much success – to put his past behind him. In order to atone for the blood on his hands he has decided to help those in need.

The Beatrix Rose series follows the adventures of the most dangerous woman ever to serve at Her Majesty’s pleasure, and the vengeance she wreaks after being betrayed by her former employers. The series is currently in development for TV.

Isabella Rose continues her mother’s adventures in a quest to uncover a global conspiracy that threatens to pitch the world into war.

The Soho Noir books, beginning with The Black Mile and continuing with The Imposter, follow the glitz and glamour of criminal life in London’s West End from the 1940s to the present day.

Mark lives in Wiltshire with his wife and two young children.