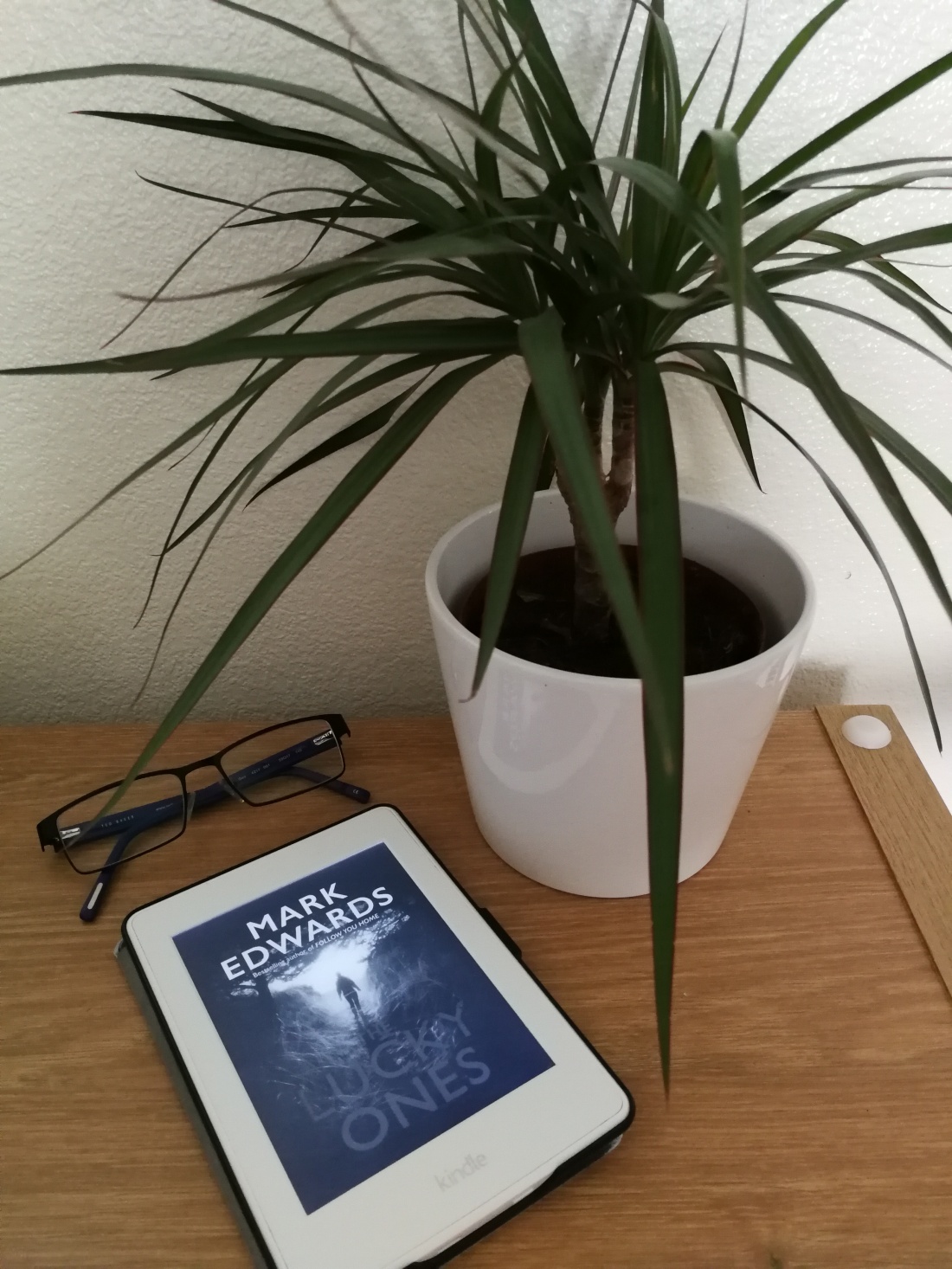 “It was the happiest day of her life.  Little did she know it was also her last

It’s no secret that this year I’ve become a big fan of Mark Edwards’ work.  His books are gripping, haunting and exciting. His characters are well written and the many twists and turns he takes will have you questioning what you thought you knew about them and what the outcome will be.  ‘The Lucky Ones’, my sixth read by this author since June, was no exception and lived up the the brilliance of the books I’ve previously read.

It begins with the murder of a woman by a killer who seems to believe his victim is lucky, that he just helped her.  It’s clear she is not his first kill, and nor will she be his last. When she’s found in the grounds of an old, ruined priory, Detective Imogen Evans realises that she is dealing with a serial killer, this victim being the third one found fitting the strange m.o.  As Imogen and her colleagues try to track down the killer before they can strike again we’re introduced to another character, single dad Ben Hofland, who’s just moved back to his small hometown with his eleven year old son, Ollie, following the breakdown of his marriage. As Ben’s luck begins to change he thinks life is finally starting to go right for him, completely unaware that someone lurking in the shadows is watching and waiting for the perfect time to strike.  To make him one of “the lucky ones”.

Once I started reading this book I couldn’t stop.  It was a riveting and captivating book that had me on the edge of my seat from the start.  Although it lacked the eerie twist that is seen in the other books I’ve read by this author, that didn’t make the story seem lacking in any way.  In fact I think trying to add a supernatural element would have made it less frightening as the horrors of this tale were all too real and able to happen to any one of us.  No one ever thinks that a killer wants you to be happy. You imagine they want to terrorise you and make your last moments the most awful of your life, so reading a story where the person who wants to end your life also wants to enhance it was chilling.

I would recommend this book to anyone who enjoys well written and captivating crime fiction, thrillers and mysteries.