Welcome to my stop on the blog tour for this compelling debut novel. Thank you to Agora Books for the invitation to take part and for my copy of the book.

An astonishing and evocative debut from a new voice in crime fiction.

And now he knew what was wrong with the arrangement. It was the Ma..the negative space… There was only one thing beautiful enough to fill it and – finally – she was with him. Ready, if not willing, to play her role.

Holly Blain wants to cover real news. The entertainment beat – pop stars and teen trends – was not why she moved to Tokyo. When she meets Inspector Tetsu Tanaka, head of Tokyo’s Metropolitan Police’s Gaikoku-jin unit, it might just be her big break.

Tanaka isn’t so sure. Always one to do things by the book, he’s hesitant about bringing this headstrong reporter into his carefully controlled investigation.

But young women keep disappearing and Tanaka is given no choice. He and Blain must trust each other if they are to stop a tormented killer from bringing his plan to its shocking conclusion.

Filled with twists and turns, this unforgettable thriller is JJ Ellis’ first novel 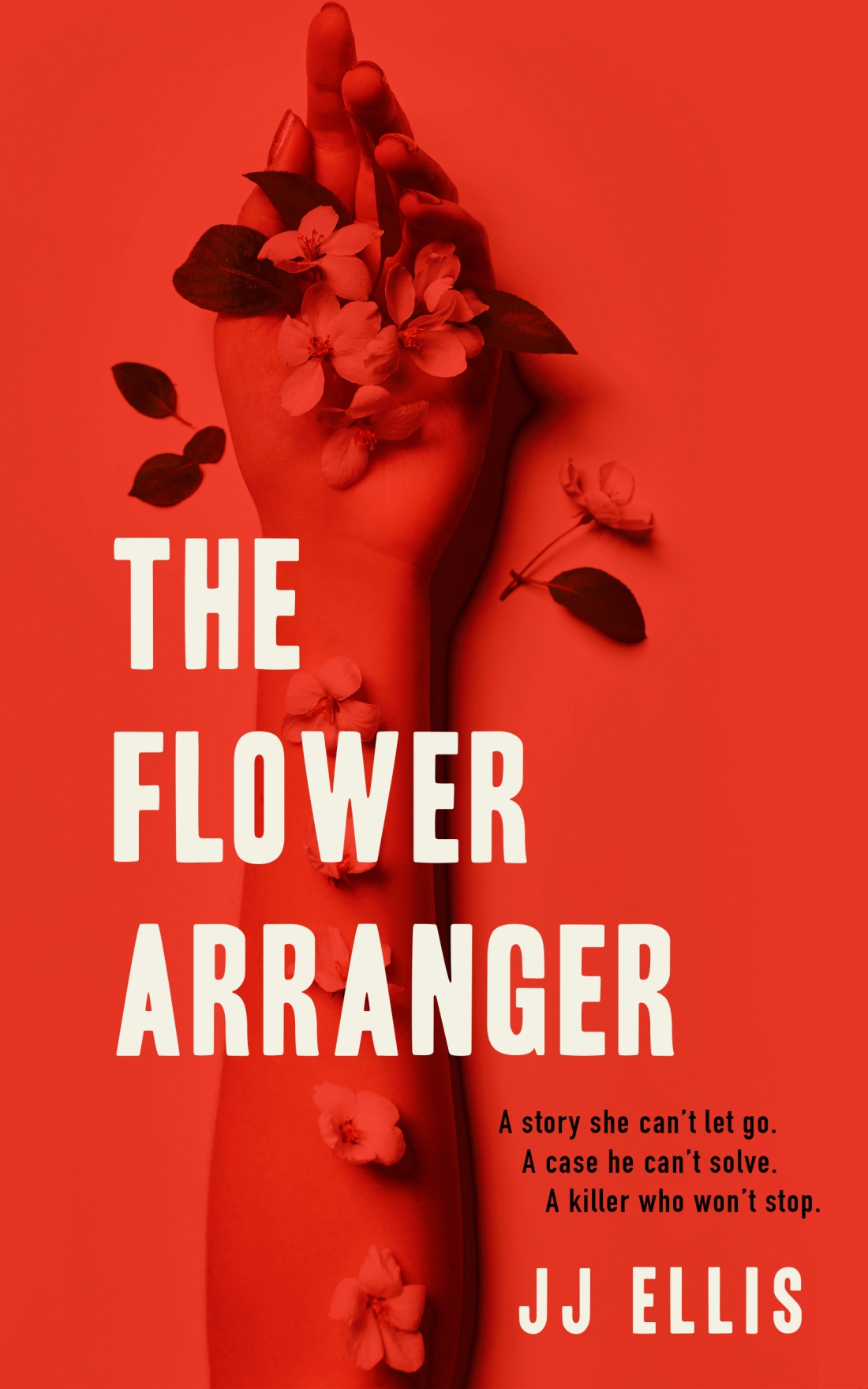 The Flower Arranger is an atmospheric novel seeped in layers of Japanese culture. The beautiful imagery transported me into this different world that I knew relatively little about. But amongst the beauty is something dark. Someone is using the pretty flowers to create macabre and unnerving arrangements that they then put on public display. Holly Blain, an ambitious young journalist determined to make a name for herself, and Detective Tetsu Tanaka, are hunting him. But he manages to stay one step ahead and evade capture. As the pressure mounts they know they must get results or heads will roll and the careers they’ve worked so hard for will be damaged.

The two protagonists are an unlikely duo, a yin and yang as it were. Blain will do anything to get her story and to finally realise her ambition of working on the crime team at her newspaper, and while Tanaka finds himself fighting against red tape he’s someone who likes to do things right. As they try to learn to work together these differences often lead to clashes, chaos and battles against each other to get to their man first. They’re also hampered by Japan’s bureaucracy which makes it almost impossible to find out any real information about their suspect. I liked their relationship and thought it made them more interesting to read than if they’d been instant best friends that worked together really well.

The antagonist was sinister and bizarre – a perfect bad guy. I would get shivers down my spine reading his dreadful, creepy and unhinged thoughts and behaviour. The flashbacks gave an interesting insight into his motivations and how he turned out this way.

I really enjoyed this book. The descriptive writing drew me in and gave me an education on a culture I knew relatively little about while keeping me guessing about The Flower Arranger. It started off a little slow but was fascinating from the beginning and soon picked up the pace. I felt Tanaka’s frustration as the suspect slipped through his grasp and I felt Blain’s desperation for that top story. I was on the edge of my seat as we approached the end, fervently hoping for them to succeed and am still recovering from that ending and those haunting final sentences…

I would recommend this book if you enjoy mysteries, thrillers and crime fiction. JJ Ellis has written a tense and chilling debut and I can’t wait to see what he does next.

JJ Ellis was born and raised in Yorkshire in northern England although now lives near London. The author’s interest in Japan was sparked when a family member won a trip there by singing in Japanese at an exhibition in the UK. Several visits followed — to Tokyo and further flung places such as Ishigaki and Iriomote — as Ellis developed the idea for The Flower Arranger. Two more crime novels featuring the team of Tanaka and Blain are planned. 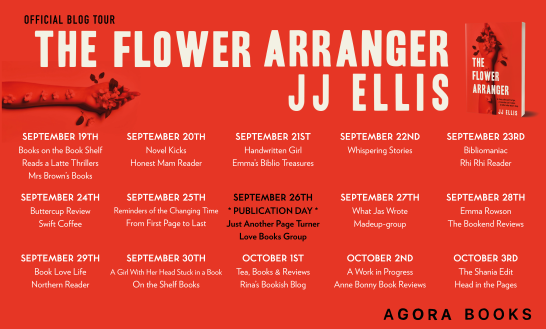