Today is my stop on the blog tour for this debut novel. Thank you to Compulsive Readers for the invitation to take part and to Orion Publishing Group and NetGalley for my ARC copies of this book.

Someone had been watching us.

1904 . Thomas Bexley, one of the first forensic photographers, is called to the sleepy and remote Welsh village of Dinas Powys, several miles down the coast from the thriving port of Cardiff. A young girl by the name of Betsan Tilny has been found murdered in the woodland – her body bound and horribly burnt. But the crime scene appears to have been staged, and worst still, the locals are reluctant to help.

As the strange case unfolds, Thomas senses a growing presence watching him, and try as he may, the villagers seem intent on keeping their secret. Then one night, in the grip of a fever, he develops the photographic plates from the crime scene in a makeshift darkroom in the cellar of his lodgings. There, he finds a face dimly visible in the photographs,  a face hovering around the body of the dead girl – the face of Betsan Tilny. 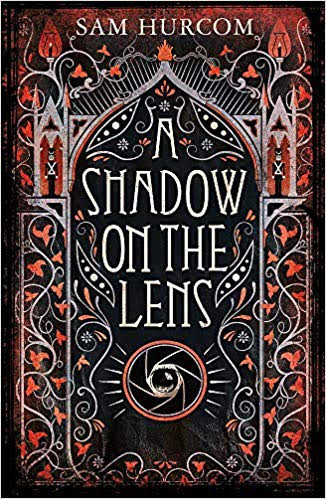 “He never left, he still remains. The demon of this village.”

Murder mystery meets supernatural thriller and gothic fiction in this chilling tale. Thomas Bexley is writing his story a decade after the events take place, using his diary entries for reference and we see extracts at various points in the book. He begins with a note addressing the reader directly and I loved the promises of the chilling, dark and sinister things to come. This is the first time he’s really spoken about what happened during that strange case and he admits to feeling concerned about how he will be viewed once he reveals the truth of all that transpired.

Forensic photography is still in its infancy and Bexley, known in the field for his eye for detail and his gift for putting the evidence together, is a specialised investigator who is sent to assist with serious crime cases across the country. When Betsan Tilny is brutally murdered in the isolated Welsh village of Dinas Powys, Bexley is called to help solve the crime. But on his arrival he’s dismayed to find that those in charge seem to resent his presence. They’ve made up their mind who committed the crime and see Thomas as an unnecessary complication stirring up trouble and not understanding how they do things.

Soon after his arrival Bexley has a sense of being watched, which only increases over time. He also comes down with a fever that inhibits his ability to work and forces him to take to his bed. And is it this fever that is making him imagine seeing the ghost of Betsan Tilny? He’s a man of science and doesn’t believe in such nonsense and decides that it is a manifestation of his fever.  But he can’t shake the fear that what he’s seeing is all too real and the victim trying to tell him something. Impeding his investigation is the unwillingness of the villagers to assist in the investigation. They’re hiding something, maybe even harbouring a killer, and Bexley is determined to get to the bottom of it.

Bexley is a serious, focused man who has no time to make friends or laze about. He’s there to do an important job in a thorough manner and will not let anything get in his way, not even being so sick he can barely stand. He was a great protagonist and I liked that unlike most others he saw no correlation between Betsan’s rumoured promiscuity and her death, reminding people repeatedly that nothing gives anyone the right to rape or kill another and nothing someone does mean they deserve such things happening to them. I was glad she had Thomas in her corner, fighting to find the truth and bring her killer to justice when others were glad of an easy way out and eager to brush the whole thing under the carpet.

Councilman Robert Cummings is a loathsome character. He is the polar opposite of Thomas and seems completely uninterested in solving the crime. He makes no secret of the fact that he doesn’t want Thomas there, his repulsion of the victim, or that he’s made up his mind about who killed Betsan no matter what the evidence shows. He goes out of his way to prevent a real investigation and Thomas wonders if Cummings is the reason everyone is reluctant to talk to him. Like Thomas I was suspicious of what he really knew and what he didn’t want him to unearth.

As truths were slowly revealed and the secrets of the village begin to be brought to light, the book became increasingly hard to put down. I was gripped and couldn’t turn the pages fast enough. A brilliant debut that is a superb mix of some of my favourite genres and one I would recommend. The atmospheric prose made me feel fully immersed in the story and there was an eeriness throughout. This is one of those books you need to read with the lights on. 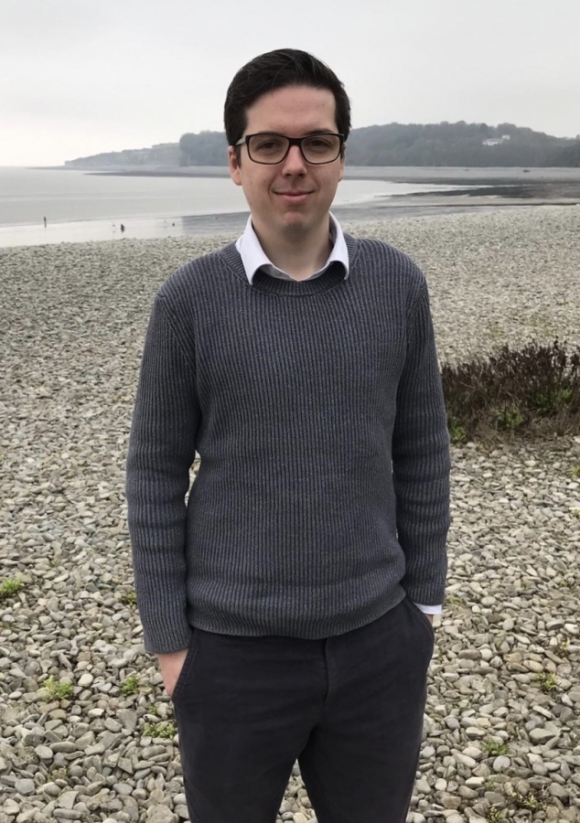 Sam Hurcom was born in Dinas Powys, South Wales in 1991. He studied Philosophy at Cardiff University, attaining both an undergraduate and master’s degree. He has since had several short stories published and has written and illustrated a number of children’s books. Sam currently lives in the village he was raised in, close to the woodlands that have always inspired his writing.

A Shadow on the Lens is Sam’s debut novel.