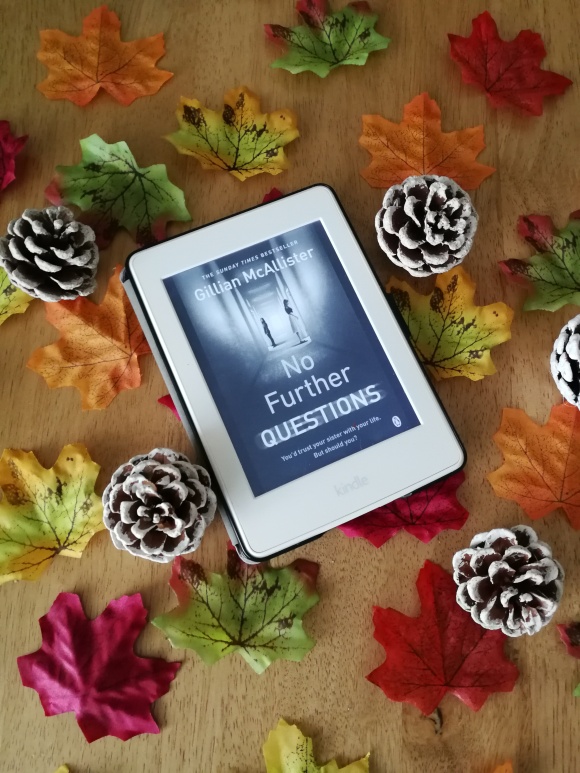 “Two sisters, carved in two by the justice system.”

If the police say your sister killed your daughter but she says she’s innocent who would you believe? Who would the rest of your family believe? And how do you recover from such a betrayal and double loss? These are the questions facing Martha in this fantastic book.

This book had me hooked from the first page. It was hard to tear myself away as all I wanted to do was read and find out what would happen to Becky. Did she kill Layla? And if not her then who did? The story is told mostly from the perspectives of both Martha and Becky and takes place during Becky’s trial for murder. Becky maintains her innocence from the start and although Martha is desperate to believe her sister couldn’t have done such a thing, the prosecution are telling her that she did. How do you not trust what the police and lawyers, the very people that are there to see justice is done, are telling you? The heartbreak Martha faces at this dilemma, at having not only lost her precious child but also facing the possibility that it was at the hands of her sister and best friend, is something you can’t fail to be moved by.

As the conclusion approached, I was racing to read as fast as possible to find out what had happened. I found myself scared at the thought that we might never having a real answer to the question. No conclusion after all. As I was reading I could feel the tension and that a big reveal and/or twist was coming but when it came it took my breath away and tore at my heart. The fact that I’d guessed correctly didn’t dull the sense of tragedy in the truth of what had happened.

This was my first read by Gillian McAllister but it certainly won’t be my last. No Further Question explores the complexities of family, love and parenthood, of a sister torn in two and a family torn apart. It is an emotional, heartbreaking, edge-of-your seat book that I would recommend to anyone who enjoys well written crime fiction, thrillers and mystery.

2 replies on “Book Review – ‘No Further Questions’ by Gillian McAllister ⭐⭐⭐⭐⭐”